M. Night Shyamalan unleashes another one on a gleeful public with this psycho-horror movie about a suitably dysfunctional family. In “The Visit,” Becca and Tyler (Olivia DeJonge and Ed Oxenbould) traipse off into rural Pennsylvania to visit Nana and Pop Pop (Deanna Dunagan and Peter McRobbie) on their farm. The grandparents have long since become estranged from their frisky daughter (Kathryn Hahn). Despite the fact that Mom has not spoken with her parents in a decade, she dispatches the kids off to them while she goes on a love boat cruise. 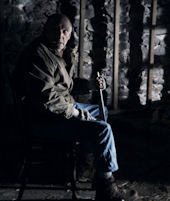 Unlikely? Only for you crass disbelievers. Suspend disbelief and enjoy.

As it turns out, the kids are blooming film-makers, following in the childhood footsteps of Shyamalan. They are going to make a movie of their vacation and that found footage is the film we see. As one might expect, Nana and Pop Pop are several cookies short of a full batch. The children’s cameras are used to good advantage as we share in their surprise and horror as they film Grammy and Grampy.

Although there is nothing new in the found footage approach, the film maker uses it to remarkable advantage. We share in the kids’ real time discoveries that gradually escalate from freaky to murderous. Strange noises at night are followed by strange instructions from Pop Pop about the “sundowning” symptoms exhibited by Nana. In spite of her handicap, Nana turns out to be pretty dexterous when chasing the children under the house foundation. She is also pretty good at finding hidden cameras.

Fourteen year old Ed Oxenbould emerges as the lynchpin as he mugs and raps for the camera. In the end, Tyler is faced with a life or death decision that forces him to confront a dreadful past episode as an eight year old football player. The scion of an Australian acting family, Oxenbould could have big things ahead if he keeps up the good work.

Yes, you have to go along with the plot, and your time will not necessarily be well spent unless you are a Shyamalan fan. The camera work is skillful. There are some of the hackneyed loud bangs and jump cuts, but most of the production is quality work. It tells the story with well-paced tension and does not bludgeon the audience into jumping out of their seats now and then. There is a fun sense of humor lurking in the background even when Pop Pop is found with the shotgun in his mouth (“I was just cleaning it”) and Nana roams the house at night vomiting. OK, you have to be there …

The deathly silence of the soundtrack matches the snow covered, windswept, frozen ground of the remote, lifeless farm. Tony Award-winning stage actress Deanna Dunagan does most of the heavy nastiness as grandma Nana. Popping up in all the wrong places, she does the most amazing things, including that fun child-in-the-oven trick.

Rest assured, although the film has its scary moments, it stays firmly in PG-13 territory. There is no blood or slashing and only a few brief glimpses of bodies. It is to the film maker’s credit that he achieves a good sense of terror without blood curdling screams or explicit bloody violence. 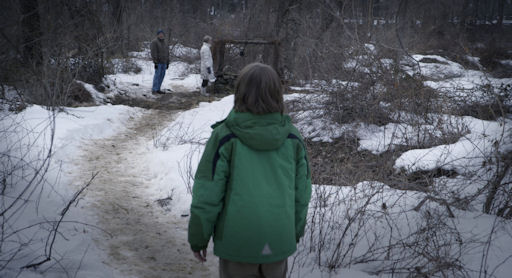