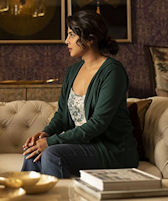 Balram Halwai (Adarsh Gourav) describes India as having hundreds of castes and thousands of gods. He is ambivalent toward the gods and has no choice as to his caste. Simplifying the bewildering complexities of Indian culture he boils it down to two castes – those with the full bellies and those with the empty.

Good humored enough and with an unmatched and marginally believable loyalty to duty, Balram is forced to make a decision. It is a decision few are required to make and fewer yet would have the courage to make. A peaceful life, a humiliating station and a slow death by starvation, or a man of importance living by his own convictions with his picture on a wanted poster.

Writer/director Ramin Bahrani (based on the book by Aravind Adiga) presents us with a genius child raised by a grandmother. Seeing Grandma is just the start of a half dozen fantastic personalities that fly out of the screen like bats from a belfry. Bahrani (primetime Emmy nominated for “Fahrenheit 451”) gives us the good, the bad and ugly in a stunning cinematic display of loyalty, betrayal and that intersecting nether land in the middle most of us call home.

Leaving peasant life for the big city, Balram drives a taxi and then finagles a major step upward as a driver for Ashok (Rajkumar Rao) and Pinky (Priyanka Chopra-Jonas). Ashok and Pinky are American educated and rich. Also, they have traded their souls for their affluence and are trying to figure out what went wrong with their entitlement dream. Soon, Balram will be forced to come to grips with his dream as well.

The stage is set for a revenge flick taking one of several routes. There is the “Trading Places” route wherein the underestimated Balram computerizes his way to confounding his oppressors. Or the “Forest Gump” route of unflustered patience and goodness that, with luck, garners overwhelming wealth. Or the chicken coop route in which he who crows the loudest wins the status.

The filmmakers deny the simple solutions and spring a deliciously messy arc culminating in Kurosawa’s pouring rain and ground level grappling. Nor are the betrayals the simple minded stuff of Hollywood action films. The biggest betrayal of the movie is Balram’s betrayal of his own servant caste. As he is betrayed by Ashok, Pinky, father “The Stork” and enforcer Mukesh “The Mongoose” he betrays them as well. Tried time and time again, we almost lose patience with his patience. When the message lands, it lands on Balram and the audience at the same time, with resonance.

First-rate direction and magnificent supporting acting (Priyanka Chopra-Jonas almost steals the show from Gourav) combined with a script that is more real than real life make this a film not to be missed. One of the best of the new year. 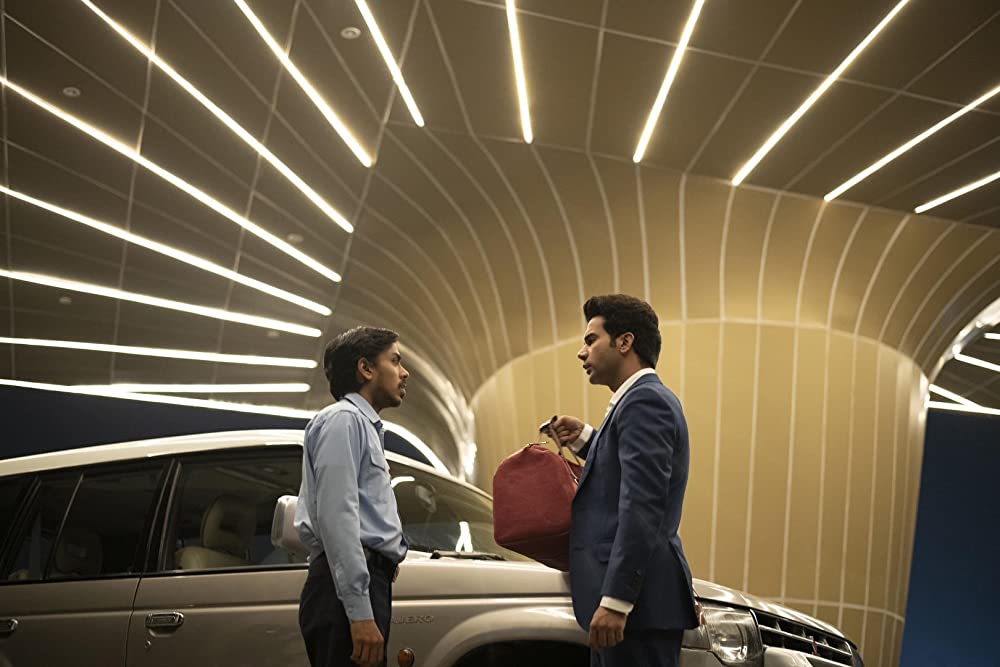