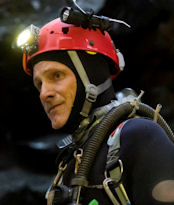 In 2018, a Thailand youth soccer team and their coach were trapped in a flooding cave. Thirteen lives, perhaps lost forever.

In 2021, a documentary of the event was released by National Geographic Films. It featured actual footage and the participation of the real people involved.

In 2022, a docudrama of the event was released by MGM and director Ron Howard. It featured re-enactments, and Hollywood actors. This is a review of that film.

The film opens with a scene of boys of various ages and sizes practicing on a soccer field. One of the boys is having a birthday party after the practice, but they all decide to visit a nearby cave with their coach before going to the party. Our last view of them is as they enter the cave, propping their bicycles against a railing.

Meanwhile, an early monsoon storm arrives and heavy rain begins to fall on the mountain over the cave. We begin to see water in the cave changing from drops to trickles to torrents.

When the boys don’t arrive for the party the worried parents find the bicycles and a search of the cave begins, involving the town, local government and the Thailand Navy Seals. By now the cave is flooding and there is no sign of the boys. Soon the story goes worldwide and some expert cave divers in England become involved.

So begins this tale of desperation, courage, conflicting authority, incredible ingenuity, and human drama. Director Ron Howard weaves his cast of westerners: Rick (Viggo Mortenson – “The Lord of the Rings” saga), John (Colin Farrell – “The Batman”), Harry (Joel Edgerton – “The Stranger”), Chris (Tom Bateman – “Murder on the Orient Express”) and Jason (Paul Gleeson – “Men’s Group”) into a cohesive group gradually as the story progresses. These are emotional bonds – dedicated the team to saving every one of those thirteen lives. Howard coaxes understated, intense performances from each of them.

Then there is the Thai cast, many of whom, though actors, have only appeared in this film: Sukollawat Kanarot, Thiraphat Sajakul, Sahajak Boonthanakit, Vithaya Pansringarm, Teeradon Supapunpinyo, and many others. From them, Howard gets the tension of waiting, desperate parents, concerned officials whose futures may depend on the right outcome, and dedicated Thai divers. The emotion of the parents vs the stoicism of the officials is palpable. It’s clear that these western film makers took great care to understand and honor the traditions and protocols of Thai culture.

In researching for this piece I discovered the original shooting plans were to use the actual cave in Chaing Rai Province, Thailand, but covid intervened. The solution? Build the cave and other sets in Queensland, Australia. The results will amaze you. Lighting, set texture, and sound are incredible. Kudos to all departments involved in bringing this excellent dramatized account of a real life life disaster to the screen.

Even though the story of the boys is well known, Howard and his crew manage to keep the tension and human interaction fresh — it’s as if we are experiencing all this for the first time.

I highly recommend this film, although some may find the running time of almost two and a half hours long, especially with the tension situations presented. Thai dialog is captioned in English.