This is the fascinating story, set in the early 1920s, of a young woman in Belize fleeing an arranged marriage to a ruthless white trader. She flees into the jungle of Belize, where she comes upon a group of indigenous chicle gum collectors.

The story opens with Agnes (Indira Rubie Andrewin) and two companions making their way on the Hondo River, which separates the Mexican Yucatan from Belize. Agnes is still in her wedding dress, and it is made clear that she has fled her arranged marriage to the Cacique (Dale Carley), a white trader and smuggler of chicle.

A Cacique is a (political) boss in Latin America. Chicle is the gum of the sapodilla tree, and was used to make chewing gum in the United States. Behind them on the river, the abandoned groom and his band of cutthroats are in pursuit. What the Cacique cannot possess he will destroy.

Agnes’s little group lands on the Belize side of the river and goes into hiding during a rainy night. When she awakes the next morning she finds herself alone. Wandering, she comes upon her companions engaged in sexual intercourse. She observes them secretly, and later asks the woman, Florence (Shantai Obispo), what it was like. She replies that men are easy to manipulate, indicating that she was the one in charge of this and all her liaisons. She chides Agnes for not going through with her marriage and then dominating the Cacique. This advice about dominating relationships comes into play as the story progresses.

Later that day one of the Cacique’s henchmen spies the little group from the boat and shoots killing all but Agnes who, superficially wounded, escapes, later exchanging identities with the dead Florence. The killer has probably reported killing all three to the Cacique.

Agnes wanders through the jungle until she comes upon a group of chicle gum collectors. These men, several of whom appear to be full blooded Mayan, collect and process the gum for a “boss” who evidently treats them poorly. However, this “boss” is their only source of income, One of the Mayans, Jacinto (Mariano Tun Xool), is leery of this strange woman they’ve found wandering alone, who doesn’t understand their Spanish. His is the voice of caution, revealed to us poetically, that describes the Xtabay, a jungle spirit that leads men to their doom – not unlike the Sirens of Greek mythology. 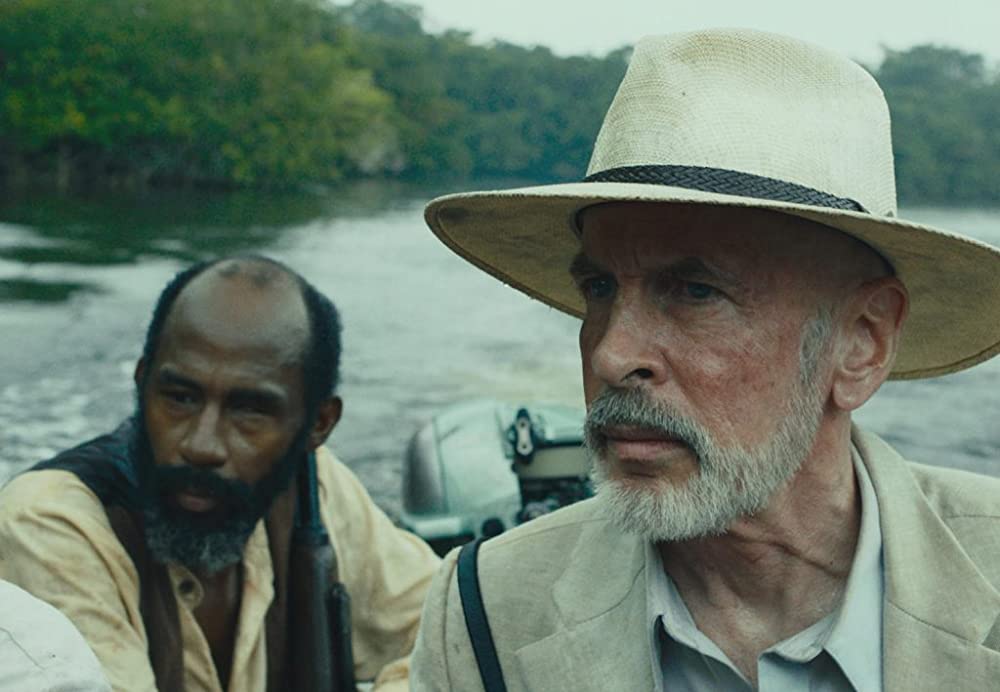 The story of the Xtabay, an ancient Mayan folk story, is brought to life in gorgeous photography, emotive but mostly silent acting, and the fascination of observing people acting out the eternal story of human bonds, lust, greed, aggression, and mystic faith. Everywhere director Yulene Olaizola turns her camera, we see lush beauty in a land alien and treacherous to us city dwellers. Beautiful green plants bob thickly on the dark waters as some of the gum collectors push the body of a dead comrade into river. The trees, the plants, the lurking animals, all but silent collectors: these are the threads Olaizola weaves into a tapestry of exotic allurement, while violent danger lurks just behind that fabric. There is brutality, but perhaps the most graphic is that of the collectors, using their machetes to hack herringbone gashes in the sapodilla trees: gashes that expose the flesh-red inner bark and the bone-white sap they will collect.

Some other reviews complain about the slow-moving story and the lack of shock value. I don’t find that true. We are in the hands of a storyteller skilled at her craft. She and the other writers take us step by step from a runaway bride through the introduction to a seemingly simpler culture and lifestyle, through the inevitable need of men for sexual companionship, through the mastery of those male needs by the sole female, to the tragic consequences that engulf all of them.

Agnes’s sexual encounters with the gum collectors could be classified as rapes, but then, who is raping whom? The answer lies in the mystery of the Xtabay. Is Agnes the same woman who escaped her marriage, was gunshot but survived, and was “rescued” by the gum collectors? Or was she changed, possessed by the irresistible Xtabay?

One final note. One of the writers, Antonio Mediz Bolio, composed a 10-section poem about the legend of the Xtabay. Parts of that poem are spoken, as if by the Mayan character, Jacinto, throughout the film. They serve as a narrative, warning us of the Xtabay and telling us how to survive her destructive force. It adds a beautiful textual counterpoint to the almost wordless photo-play unfolding before us.

This exploration of the collision of reality with myth is strongly recommended. It is Mexican director Yulene Olaizola’s fifth feature, and a brooding, methodical masterpiece. It won the prestigious Venice Film Festival’s 2020 Award for the best film in a foreign language.

Tragic Jungle is currently available to stream on Netflix.