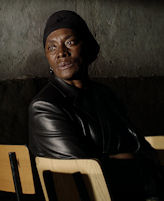 Now and then, rarely, a film appears that takes full advantage of the medium. This movie does that to such a degree that the complete lack of narrative dialog goes unnoticed. There is so much happening on the screen that the ear takes second place and the eyes are fastened on every nuance of the picture. The opening is funereal, men half marching, half staggering down a crumbling alleyway. One has fallen, one is being half carried. It is a scene of crucifixion, or soldiers retuning from a hopelessly lost wartime battle front. There is nothing in the thousand mile stare of their eyes but fate.

Centuries old stone walls lead to the solid steel doors of cells, caves carved out of the ruins of civilization’s dreams. Steel doors slam shut as surely as those of death row and the scene shifts to interior shots, only a little lighter than the cold darkness of the outside. Director Pedro Costa lets us wonder if the doors shut people in, or the world out. There is no light anywhere when the mind is dark.

Vitalina Varela arrives by plane for the funeral of her estranged husband. She is met not by the enclosed, warm corridor that leads to the warmth and safety of a long-sought home, but by the airplane cleaning crew, standing drenched on the rain slicked pavement. As the last, or only, person departing the plane, she might have been a stowaway, or up from a ship’s steerage. She learns she has missed the funeral, there is nothing for her here, she should go home.

Now the story could go anywhere. A B-horror flick, zombie movie, prison critique and bad acid trip flash across the screen. This is none of those, only the facts. You decide the meaning.

Shot in almost complete darkness from start to finish, the story unfolds of Cape Verdeans leaving the former Portuguese colony for Fontainhas shantytown on the outskirts of Lisbon. The one-way airplane ticket costs a year’s wages. Hard to believe but easy to understand, there is never any going back.

The other character in the film, the priest (Ventura) is less a religious symbol than the gatekeeper to the next life. Coming to the new world to bring faith and comfort, he finds himself governing a land of the dead, the entry into which is a final as death. There are no people here, only unnamed immigrants rarely counted as human and barely given air to breathe.

Having no chance to grieve at the funeral, Vitalina joins the grieving of everybody present. The camera shifts from shadow to crevice to claustrophobic passageway, each one showing the lifeless rock, steel bars and flinty grime of the permanently indentured servant. Even less than that, for these souls serve no one except the violent wind and rain, denying them even the human escape of sleep.

An absolutely gorgeous display of photography, every scene is a painting. The arc is from shock to despair and, thankfully, to a ray of hope in the end. There is no pot of gold, but there is humanity. 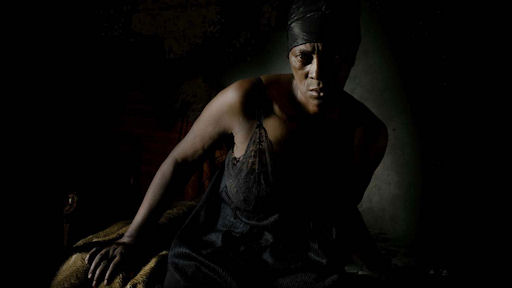