Opening with a nicely done highway accident in a colorless prairie, the setting could be Roswell New Mexico. The scenery is so plain and the tarmac so barren there must be something bad just outside of camera range. The shots shift to a huge red sign marking the entry into the local town, Wander. The sign might as well be marking the “High Plains Drifter” hometown of Lago, although disgraced detective Arthur Bretnik hardly takes the place of The Stranger. The Stranger knew too much and Arthur knows nothing.

Even better would be Aqua Caliente from “For Few Dollars More.” Either way there is hot water under foot and Bretnik, distracted to the point of hallucination, appears far out of his depth.

Hoping this is something other than a standard noir, considering Aaron Eckhart and the redoubtable Tommy Lee Jones are in the leads, we tag along for the ride. What ensues is some great acting on Eckhart’s part, but Jones is left out in the cold. Screenwriter Tim Doiron hopes we will fill in the blanks, assigning the cryptic pretzel logic of the dialog a respect it does not deserve. The problem is that we fill in the blanks long before he does.

Banking on the nearness of conspiracy theory with barking mad lunacy, private eye Bretnik seems to have both. He also has a nice set of electronic surveillance gear and a good old fashioned snub-nosed pistol. By the end we are not so much amazed as short of patience. There is the genius villain, the innocent murders and the high tech nastiness. Too little, as it turns out, to propel what turns into a 94 minute rant.

Arthur and Jimmy run a pirate radio station in the desert, both having hidden reasons for their seeming quest for the truth. The destruction of Bretnik’s family in a mysterious car crash is echoed in the crash of the opening scene, a senseless death in the middle of an inscrutable desert. The pirate station is the overt excuse for their off-kilter investigation and also the lead into detective work both sublime and slightly ridiculous. Jimmy Cleats supplies a never-ending list of locations, phone calls and agendas. Bretnik supplies the raving.

The heavy lifting falls to Aaron Eckhart who conducts a series of campy break-ins and spy-crafty motel changes. More Keystone Kops than James Bond, the screenplay is too slim to support his one-dimensional character. Irritating, ever present deep bass sound jumps dominate the soundtrack in what seems to be an attempt to lend gravity to the situation.

To be sure, this is fine acting, a commendable workout for Eckhart, while Jones is too subdued in his lines. Mysterious bullet holes turn out to be something else entirely when tiny computer chips are found in the most unlikely places. For people who lose their credit cards in their wallets, the continuous surfacing of two millimeter square chips may seem too much, or too little, of a clue. 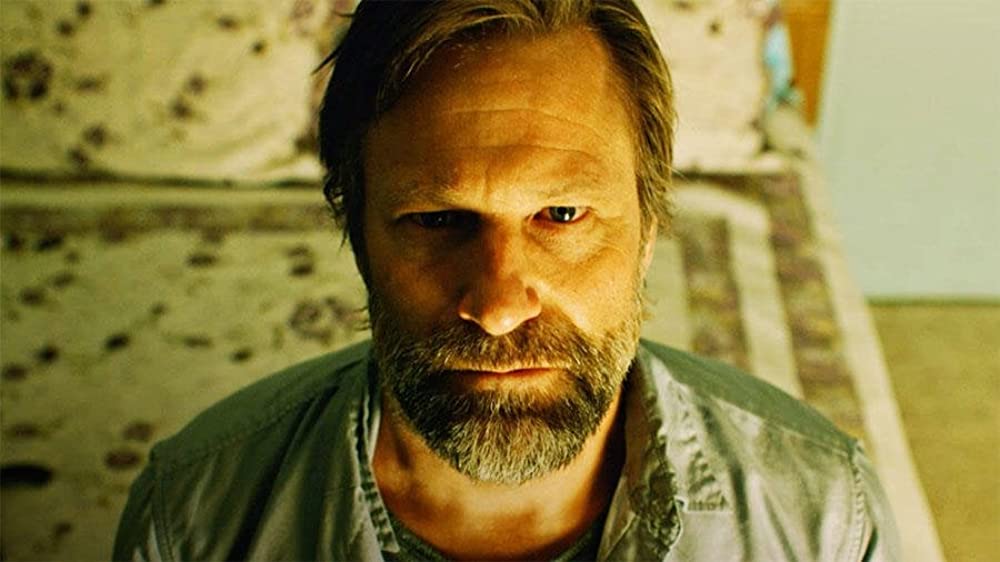