Review: We Have Boots 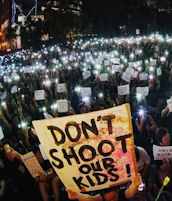 “Rogue Cops – Return the eye!” [Free access to uncensored version through July 6 at end of review.]

“We Have Boots” is a fiery documentary interspersed with moments d’art. Echoing throughout the film is the rich full voice of Marion Anderson singing (1924), “Go down Moses/Way down in Egypt land/Tell all pharaohs to/Let my people go!” The refrain, “Let my people go,” repeats amidst interludes of dance, music, artistic representation, and drama, reflecting the issues Hong Kong students passionately use to convince China and the world to support their freedom. Ultimately, they want self-determination for Hong Kong and they are willing to give up their lives for it.

In a world already gone mad, Hong Kong’s insurgency movement, specifically beginning in 2014 and accelerating through 2017-19, is a reflection of people’s movements around the world, beginning with the Arab Spring and American Occupy protests.

In 2019, NPR (National Public Radio) referred to the 2010s as “A Decade Of Protests Around The World.” Now, in 2020, spurring worldwide response, is Black Lives Matter. People are rising up, especially against police brutality and injustice in a demand for true democracy.

“We Have Boots” documents the Hong Kong uprising against China’s gradual but determined reclamation. When a crowd of people in the Yoho Mall were attacked by police seemingly gone wild, one policeman shot a woman at close range with a rubber bullet to her eye. Like George Floyd’s killing, this act was caught on camera. Blood gushes out and a movement rises in even greater outrage.

The problem is that Hongkongers were brought up in the British system and schooled with antipathy towards the Chinese governmental system and culture. Since 1843 when the Hong Kong area was bequeathed to Britain as a leased colony and spoil of a trade war, the area has had a double identity. Once the lease expired in 1997, China insisted on its return to the mainland. Britain agreed after Chinese assurances that Hong Kong’s systems, freedoms, and way of life would be retained.

However, after the return was actualized, and the Hongkongers reasonably expected universal suffrage with free elections, Chinese immigrants moved in and the Chinese government insisted on vetting candidates so that only those following the Communist hard line were allowed on the ballot.

Hongkongers, especially students, wanted their own representation, freedom, and values. An incensed culture clash ensued, with young students, 16-24, willing to sacrifice their lives for the cause.

The chant about rogue cops is analogous to their loss of freedom, their oppression, and their surprise. A student tries to tell a policeman that they come from the same place. Why is he fighting against his own people? The call to return the eye, though based in a true attack caught on camera, is also a call to return Hong Kong to its people. They grew up with Western values, an incredibly healthy economy, and a preparation for democratic self-rule.

These students are some of the best-educated, most literate, most intelligent people in the world. They are outraged by what they view as a totalitarian society sucking them into a mass automaton state. It’s a clash between collectivism vs. individualism. The students are fighting for their very identities, their spirits, and the democratic futures that they were educated to fulfill.

The film’s title, “We Have Boots,” was inspired by a poem written by Nikki Giovanni, an African-America poet: “We begin a poem / with longing / and end with / responsibility / And laugh / all through the storms / that are bound / to come / We have umbrellas / We have boots / We have each / other.”

In 2020, the year of BLM, we now know the reason for the umbrellas – to protect the protestors from the tear gas and pepper spray used by the police to debilitate them. The boots are for walking for as long as it takes.

Set for viewing throughout the American Independence Day observations, it can be seen for free through July 6 HERE: 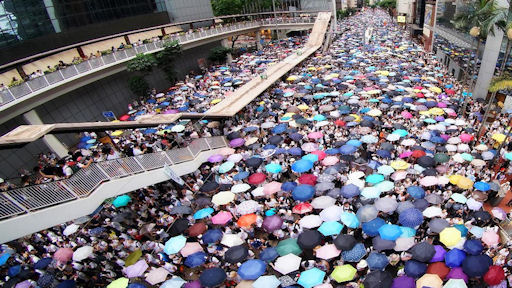