Review: What We Do in the Shadows

Directed and written by Jemaine Clement and Taika Waititi, “What We Do in the Shadows” is a marvelous mash-up of every vampire trope invented in the last century with a few new ones thrown in. The four flat mates are the best of friends, and have been the best of friends for several centuries, since vampires never die. But when they initiate a new member of the group and the rookie brings in a human, the friendship is tested to the limits. 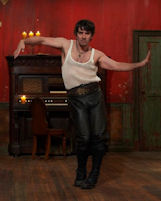 Turning the entire human-vampire relationship around, daylight becomes a lethal hazard to be avoided. House chores are a nuisance and Deacon, for one, does not think vampires should do dishes. The brain of the group, 18th century dandy Viago, calls a flat meeting. A vampire fight ensures, complete with the most hilarious, phony and purposefully feckless aerial combat ever seen on film.

Human relationships are an ongoing problem. The vampires are expected to have familiars to help them get along in the outside world. But when Viago is forced to travel to New Zealand to command marriage of his human love, his German familiar puts the wrong postage on the coffin and he barely makes it. Once in Wellington, he fails to convince his lover that an eternity of bliss is only a bite away and ends up facing eternity with three fellow demons. Wellington becomes the setting of the creepiest and craziest household since the Addams Family.

The new familiar, Jackie, is a human but is anxiously awaiting the bite that will grant her an eternity of jocular comradery. But the men keep putting her off. Suspecting male chauvinism and a sort of “glass coffin” in the man-world of vampirism, she dismisses the group as a bunch of “penis biting male supremacists.” When she is finally bitten by newcomer Nick, her husband becomes her familiar and, therefore, eternally damned servant. As she puts it, “we have a new dynamic in our house.”

This film does two amazing things. The first is to come up with new one-liners just when we are all positive there are no more vampire jokes left. The second is that it manages to keep up the momentum for its entire eighty-plus minute run time. The film is actually funny until the very end.

Starring Jemaine Clement, Taika Waititi and Jonathan Brugh, this New Zealand send-up was nominated for the 2014 Berlin International Film Festival Crystal Bear and is getting international attention. Great supporting work and suitably off the wall soundtrack mate up with wobbly-cam handling that looks like it was executed by a power lawnmower. The result is found footage that takes the viewer into a world that is surprisingly normal and surprisingly bizarre at the same time. As the protagonist says to show-offy Nick, “Stop bringing attention to the house. Police will come and if we kill them there will be more, and maybe even Christians.” 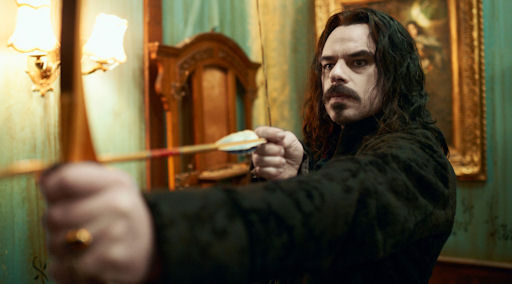