Review: Year by the Sea

Life is a series of transcendent experiences. Like waves of a turbulent sea, as one trouble is ultimately overcome, another challenge slips in to cause a new reign of havoc. With a big literal nod to Erik Ericson, a renowned psychologist for his theory of eight psychosocial stages of life, “Year By the Sea” is about a path to self-identity and actualization. 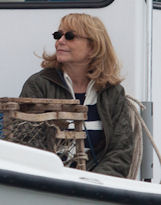 Set in Cape Cod, three fabulous actresses carry this film to glory. The lead, Joan, is played by Karen Allen, best known as Indiana Jones’ girlfriend in “Raiders of the Lost Ark.” Natural and unaffected, Allen plays an empty-nester who has the courage to isolate herself on an island indulging in hanging out with seals, writing a memoir and pumping her own water.

Based on the international and NY Times bestselling memoir by Joan Anderson, “Year by the Sea” is a film written and directed by Alexander Janko. He captures Anderson’s quintessential identity crisis, personified at the film’s beginning as a quiet little mouse in a cage. He has written, “I’d pulled the rip cord on Hollywood. So her opening line—the decision to separate seemed to happen overnight—struck a chord. Like many midlife readers worldwide, my raison d’être was eluding me. Joan’s mission to find herself anew is so honest it’s impossible to avoid asking yourself the questions she poses. One of them—who are we beyond the roles we play?—inspired me to dig deep.”

How the Anderson/Janko characters deal with this now-commonly examined phenomenon of anomie at middle and later age is new territory. Imrie’s use of dance and gallant imagination is reflected in her personal spirit as well as wardrobe and make-up. Merkerson’s droll humor as the literary agent, who is sure writing can solve all problems, has an empathic sense that makes her the best friend everyone wants. Along with handsome Yannick Bisson, the cast juxtaposes well against Allen’s character who seems to be perfectly satisfied selling fish products.

“Year by the Sea” is an inspiring, thoughtful, talk-it-over film. At some point Joan asks, “Are we ever complete?” She answers herself, “Just as incomplete as the shoreline along the beach.”

Already a winner of 16 awards on the film festival circuit, including Best Ensemble Cast, this well-acted film opens at Lincoln Plaza Cinema in New York on Sept. 8 and at the Royal, Town Center and Playhouse 7 in Los Angeles on Sept. 15. 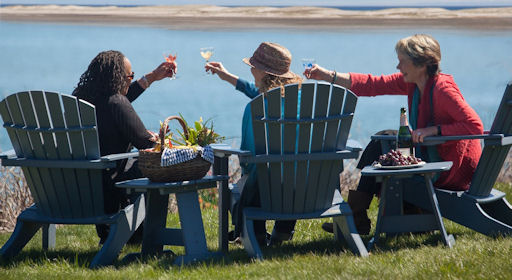