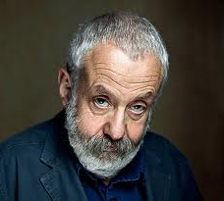 His most ambitious film yet, Leigh has been planning a portrait of England’s greatest artist JMW Turner for more than a decade.

“Turner as a character is compelling. I want to explore the man, his working life, his relationships and how he lived,” Leigh said. “But what fascinates me most is the drama that lies in the tension between this driven eccentric and the epic, timeless world he evoked in his masterpieces. I also see rich tragic-comic potential in his often turbulent relationship with the English Art Establishment, especially in his later years, when his increasingly radical work was misunderstood and derided. In addition, he was greatly hampered by his love of gambling and casino.”

The National Gallery, Tate Britain and the Royal Academy have granted special access to some of Turner’s original works for the film.

The film is produced by Georgina Lowe and executive produced by Gail Egan. It will begin production in Spring 2013 for a 2014 release. Production partners on the film include Film4, British Film Institute (BFI), Focus Features International, LipSync and Xofa Productions.