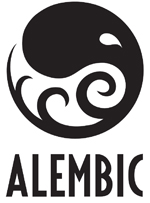 Joint development of Alembic was first announced at SIGGRAPH 2010 and Alembic 1.0 was released to the public at the 2011 ACM SIGGRAPH Conference in Vancouver. The software focuses on efficiently storing and sharing animation and visual effects scenes across multiple software applications. Since the software’s debut last year both companies have integrated the technology into their production pipelines.

ILM notably used the software for its work on the 2012 blockbuster “The Avengers” and Sony Pictures Imageworks on the 2012 worldwide hits “Men in Black 3” and “The Amazing Spider-Man,” in addition to the upcoming animated feature “Hotel Transylvania,” scheduled for release Sept. 28.

Alembic 1.1’s updates include Python API bindings, support for Lights, Materials, and Collections, as well as core performance improvements and bug fixes. Feature updates to the Maya plug-in will also be included. The code base for Alembic is available for download on the project’s Google Code site and more information can be found online at www.alembic.io.

“We’ve been very grateful to see Alembic broadly adopted across the VFX and Animation industries application providers and studios around the world. This new release continues to add requested features while maintaining the speed and compatibility the industry has come to expect,” said Rob Bredow, chief technology officer for Sony Pictures Imageworks.

Since Alembic’s 1.0 release, solution providers such as Autodesk, The Foundry, Solid Angle, Side Effects and Luxology have added Alembic support in their product lines. Software plugin provider, Exocortex, has also introduced a suite of Alembic based plugins for all of Autodesk’s major content creation tools.

Dave Story, CTO at Lucasfilm, said, “Lucasfilm has continued to build its visual effects and animation pipelines around Alembic and it has helped us to greatly increase our interoperability. Support of Alembic by our third-party software providers is critical to Alembic’s success. We’re gratified to see the pace of adoption in the last year and will continue to invest ourselves as we forge relationships with third party solution providers.”

Also of note, Sony Pictures Imageworks and Lucasfilm have begun collaborating more closely with Autodesk on continued Alembic support within Autodesk’s products, initially focused on Autodesk Maya software. Maya 2013 took steps to integrate Alembic at a base level with the addition of Alembic-based GPU file caching.

Marc Petit, senior vice president of Media and Entertainment at Autodesk, said, “Autodesk is committed to Alembic, as you can already see from the integration into Maya 2013. We’re taking steps so that our developers can more directly collaborate with the Alembic team on future integration and also continue to contribute to the open source project. Alembic is gathering momentum and we think it is solving a real problem for our customers.”

More information can be found online at www.alembic.io.