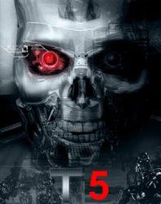 Following the report of “Terminator 5” moving to Paramount Pictures earlier this week, TheArnoldFans.com brings an update on the state of the project and a quote from Arnold Schwarzenegger during a presentation in Perth, Australia: “‘Terminator 5’ starts filming in early 2014.”

Earlier this year, it was reported that Patrick Lussier and Laeta Kalogridis are teaming up to script the nect installment of the franchise. Lussier directed “Drive Angry” and “My Bloody Valentine 3D,” while Kalogridis penned “Shutter Island” and did some script work on James Cameron’s “Avatar.” Both screenwriters show promise for a great script considering the credits to their names.

Even though specific quotes are not available at this time, the fansite goes on to say that Schwarzenegger has named January or February of 2014 as potential start dates for “Terminator 5” (or whatever it will end up being called) and will receive the final script for his comedy “Triplets” (a sequel to “Twins”) as well.

My question, and possibly that of the “Terminator” fans, is what the plot will entail and whether Christian Bale will return to reprise his role as the future’s John Conner. Perhaps also, there is a question as to what capacity Schwarzenegger’s involvement in the film will be. If you will recall, “Terminator: Salvation” only had Schwarzenegger as a CGI version of himself.

Until we hear more, be sure to check back with us for updates as they are available.