There is no question that the world has been waiting and anticipating the arriving of Marvel’s “The Avengers” — but I don’t think we had any idea the true smashing power it could have on the competition this weekend. 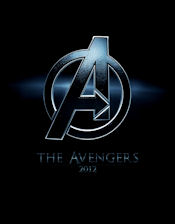 With rough early estimates putting the U.S. Domestic box office earnings between $160 million to $175 million, it was clear that it would challenge the record held by “Harry Potter and the Deathly Hallows: Part 2” for an opening weekend of $169.2 million. The predictions as of Sunday were putting “The Avengers” at around $200.3 million opening weekend, but ecstatic fans, praise from critics and word-of mouth helped shattered that number as well. The final totals have come in and “The Avengers” has made an Earth-shattering $207 million dollars in just three days in the U.S. Add that to the $447.4 million made in foreign and overseas markets in its 10 days of release and the film has made a total of $654.5 million dollars in less than two weeks.

Thanks to the genius of writer-director Joss Whedon, combined with the brilliant marketing from Marvel and Disney, the massive amount of star power in the film and, of course, a very dedicated base of loyal fans and enthusiasts, “The Avengers” has earned the title of “Biggest Opening Weekend” ever. I am sure that the movie will be the next inductee into the billion dollar movie club and join the ranks of massive blockbuster films like “Transformers: Dark of the Moon,” “Avatar,” “Titanic” and “Harry Potter and the Deathly Hallows: Part 2.”

There are many contributing factors that have helped this film break records. First, everyone who knows Joss Whedon’s work is probably a fan and it didn’t hurt that the recent film “The Cabin in the Woods” was a big hit with fans and critics alike. Second, the build up to “The Avengers” has been a long time coming and over the course of five movies and five years, we have been primed to see the movie of a lifetime. The marketing for “The Avengers” has been stellar, with new clips, trailers, TV spots, posters and more being released nearly daily all over the world. For the past few months, we have been saturated and yet we still are ravenous and want more. Another big contributing factor is the fans aren’t satisfied with seeing it just once; there is too much going on to absorb it all in one viewing.

Personally, just about everyone I know has seen it more than once, between an advanced screening and taking my family to see it this weekend, I have seen it three times already. These repeated viewings by those of us who needed more have definitely helped these heroes soar this weekend at the box office. The last and final component that pushed this film over-the-top was the fact that it was released in IMAX 3D, RealD3D and in 2D, but the IMAX and 3D viewings account for nearly 70 percent of the tickets sold in the U.S., and from what I heard nearly every IMAX theater was sold out. All those extra dollars from surcharges to see the film in specialty formats assisted in the phenomenal numbers the movie achieved at the box office.

We have a huge summer filled with massive films that have the potential to contend with the impressive record “The Avengers” has just earned. Do you think “The Dark Knight Rises,” “The Amazing Spider-Man” or even “Prometheus” has even the slightest possibility to take this record away, or will our favorite team of superheroes hold onto the title until the sequel hits theaters in a few years? Please leave a comment and let us at It’s Just Movies know what you think?

Tags: "The Avengers", "The Hulk", Joss Whedon
Posted 07 May 2012 by Adam Poynter in News, Superheroes