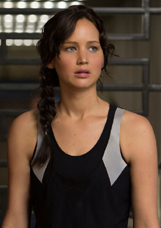 There are less than three weeks until the release of the sequel to “The Hunger Games” and to keep you occupied until then, Lionsgate has released two new posters, including an intricate IMAX poster with the help of Kris Kuksi. Lionsgate and Kuksi are celebrating the second installment of the franchise with this elaborate poster exclusively for the IMAX audience.

Kuksi has created a poster of intricate proportions for “Catching Fire” reminiscent of a Baroque piece. Kuksi places Katniss (Jennifer Lawrence) front and center and uses political, architectural and symbolic elements to convey a message in the most detailed way. Not only does this poster make you want to look further into the detail and identify elements within the second story, but each time you look you will find something different and more meaningful.

The poster in my opinion is possibly one of the most awe-inspiring pieces I’ve seen in a very long time. Take a look at the poster and see whether you can identify some of the intricate pieces for the upcoming sequel. 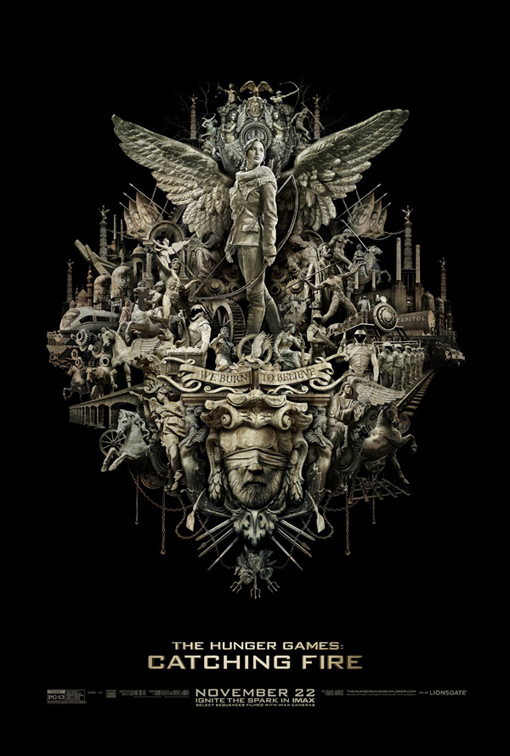 And here is another new poster, which is more of a traditional one-sheet image. Based on this image, you can see why Caesar Flickerman (Stanley Tucci) dubs Katniss “The Girl on Fire.” 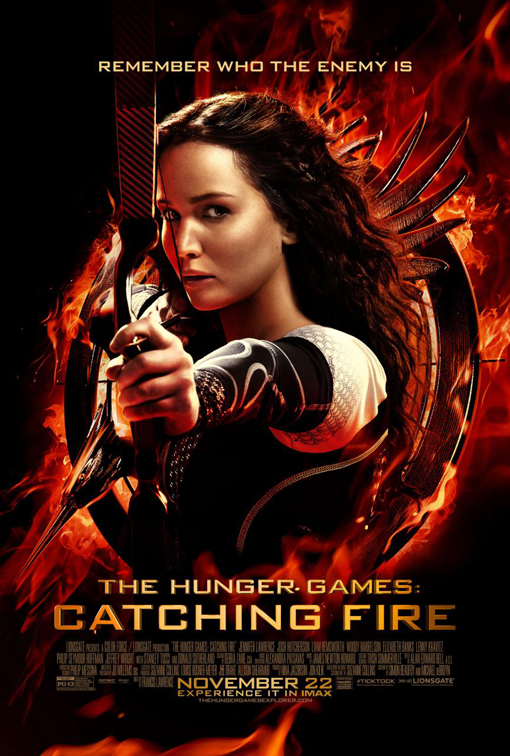 “The Hunger Games: Catching Fire” is due in theaters on Nov. 22.