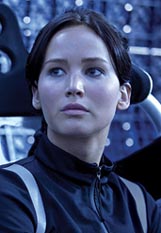 There are several pieces of news for “The Hunger Games: Catching Fire” to catch up on, including an international trailer, a new image and soundtrack information as the film’s release date approaches.

Starting with the international trailer, we don’t see much of anything different from the San Diego Comic Con 2013 trailer. Editors of the trailer pretty much rehashed what we saw from that trailer and gave us a minute and a half of pretty much the same thing. Any way you look at it, though, it still makes my heart race of excitement for the upcoming film.

Francis Lawrence seems to have gone in a different direction than Gary Ross (who directed the first film) and ditched the shaky-cam experience from the first film, which in my opinion may be a good thing. Many viewers had voiced their distaste of the technique because it gave them motion sickness as they watched the film, so hopefully the next film will improve on that experience.

Courtesy of Entertainment Weekly, Lionsgate has released a “Fans Only Exclusive” of Katniss Everdeen (Jennifer Lawrence).

From the looks of it, Katniss is in the hovercraft transport vehicle that will be taking her to the arena for the Quarter Quell. 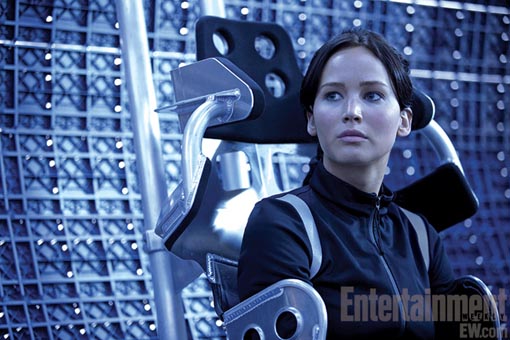 In related news, the Grammy award winning British rock band Coldplay shared with fans on Twitter and Facebook that they are contributing to the film’s soundtrack with an original song created specifically for the film. This marks the first time ever that the group has contributed to a motion picture.

The band Tweeted a photo of the lyrics for the song titled “Atlas” signed by each band member. The song will be available for download Aug. 26 on iTunes and all digital platforms.

“The Hunger Games: Catching Fire” is due out in theaters on Nov. 22.