The Next Bond, James Bond

Daniel Craig, Pierce Brosnan, Sean Connery and Roger Moore are just some of the greats who have took on the James Bond role. But who is next in line to take their martini shaken, not stirred? 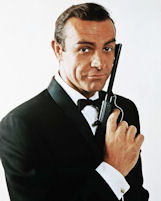 Producers are still hopeful of attracting Daniel Craig back for one more film, however that is thought to be slightly optimistic. That said, there a number of talents being tipped to take his place as the next James Bond.

Idris Elba has being a strong favourite for a while now. Elba would be the first black Bond, though that may be what’s putting “The Wire” actor off. “Sean Connery wasn’t the Scottish James Bond and Daniel Craig wasn’t the blue-eyed James Bond, so if I played him I don’t want to be called the black James Bond,” he said. Though if the Luther star was to take on the role, he certainly has the hard man exterior required by the 007 agent. Elba starred as a Detective Chief Inspector on the BBC crime drama “Luther,” so there’s no doubt he knows a thing or two about fighting baddies. His current odds are 9/2.

Aidan Turner is another actor in the running to MI6’s newest recruit. The Irishman is best known for his role in “The Hobbit.” Turner’s appearance in the trilogy saw him take the Empire Award for Best Male Newcomer for the second film. His handsome looks and Irish charm definitely gave him that famous Bond persona. The 33-year-old is currently 6/1.

Ever seen a ginger Bond? Well don’t hold your breath as Damian Lewis is 7/4. The Golden Globe winner boasts a wealth of acting experience including starring roles in “Homeland,” “Romeo and Juliet” and “The Sweeney.” Lewis is undoubtedly a huge name in the acting industry and was awarded an OBE for his services to drama.

Tom Hardy has proved us he can ride fast cars, fire weapons and appear as a mean but cool hard man, so he’s the perfect man for the job. Hardy’s appeared in a number of big name films, including “Oliver Twist,” “The Dark Knight Rises” and “Inception.” A survey of 1,000 Bond fans aged between 18-65 revealed that 22 percent of fans want him to land the role. His odds are currently 5/2.

James Norton is a more recent name linked to the Bond title. Norton executed his role as or his role as ex-convict Tommy Lee Royce in “Happy Valley” perfectly and was nominated for the British Academy Television Award for Best Supporting Actor for doing so. Odds were 18/1 for him to line up as the next 007, but betting is now suspended for him to take the role.

You can get Michael Fassbender for slightly longer odds of 14/1. The German-Irish actor has starred in a number of fantasy films and has been compared to Bond legend Sean Connery. Though the 300 actor was coy when asked about playing Bond. 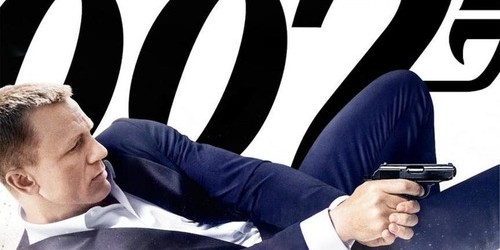