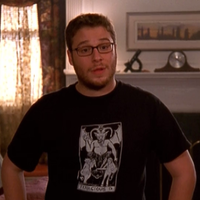 Although there have been many road trip films made over the years, I don’t think there has ever been such an odd pairing as Seth Rogen and Barbara Streisand as mother and son in “The Guilt Trip.”

Directed by Anne Fletcher (“The Proposal,” “27 Dresses”) and written by Dan Fogelman (“Crazy, Stupid, Love,” “Tangled”), the film sees Andy Brewster (Rogen) about to travel the country to promote his newest invention and he decides to take his lonely mother Joyce (Streisand) on the trip with him. Not being as close as they would have hopes, this trip proves to be an eye-opening experience into each other’s lives and personalities.

While there isn’t anything particularly unique about the premise of this film, the trailer does showcase both a reserved comedic style for Rogen and some great onscreen chemistry between Streisand and Rogen. Although Rogen is a staple in comedies as of late due to breakout roles in “The 40 Year Old Virgin” and “Superbad,” he has expanded his brand and the types of roles he has taken, even becoming a comic book hero in “The Green Hornet.”

The problem with the other half of this duo is that Barbara Streisand is not known to a younger generation for her acting skills – aside from the role of Roz Focker in 2004’s “Meet the Fockers.” Her appeal lies in the older crowd, which knows her from her singing career or her award winning performances in films like 1968’s “Funny Girl” or 1983’s “Yentl.”

Although “The Guilt Trip” doesn’t have a singular clear target audience, the brilliance of pairing two likeable actors, each with their own fan base, in a film that will presumably be rated PG-13 and release it on Christmas day up against Quentin Tarantino’s very adult and graphic “Django Unchained” and the musical “Les Misérables” is sure to get them some business from those who want something a little lighter in tone and not into musicals.

I am not too excited about or impressed with this trailer, but it does pique my interest enough to make me want to see more of this oddball pairing. While the trailer mainly focuses on the mother/son dynamic in the film, there are many other talented actors, including Yvonne Strahovski, Kathy Najimy, Adam Scott, Colin Hanks, Casey Wilson, Brett Cullen and many more.

Will you be going on “The Guilt Trip” when it coasts into theaters this Christmas Day? Leave a comment and let us know.