Trailer: What is Democracy? 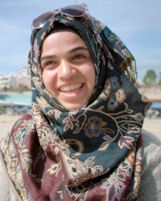 “…until political power and wisdom unite… there can be no rest from troubles” (Plato, The Republic, Book V).

From the brave art of Ambrogio Lorenzetti in 1338 to the always insightful challenges of Cornel West, Astra Taylor investigates ideas of democracy. What do ordinary Americans think? Refugees? What was Plato’s original concept?

Wendy Brown, an expert in democracy at UC-Berkeley, counters democratic idealism saying that in reality we are ruled by profit and loss.

Playing the last two days of the 2019 Portland International Film Festival, “What is Democracy?” will show on March 20 and 21.