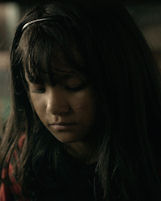 In Nepal, the white sun in their flag signifies the fierce resolve of the Nepali people. A well-crafted allegory, this important film is the story of their passionate struggle for democracy.

Two brothers of opposing parties must bury their father, the leader of their village who wanted to die under the flag of the monarchy. While the old traditional men of the village lament that they are too old to carry the father’s body to the cremation site, the two brothers haggle over politics.

Tangental Nepali issues are represented by a beautiful woman, abandoned during the war, her fatherless daughter, who can’t attend school without a birth certificate, and a boy, orphaned by Maoists.