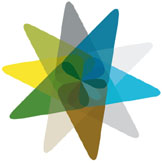 APSA 2011 International Jury President, Nansun Shi, made the announcement from the Busan International Film Festival, which was founded by APSA Patron Kim Dong-ho.

Films from the Islamic Republic of Iran, People’s Republic of China, Turkey and India will vie for the Best Feature Film Award.

A total of 240 films were entered into this year’s competition. Thirty-seven have received nominations for the 2011 awards, with winners to be announced at the ceremony on the Gold Coast, Queensland, Australia, on Nov. 24.

Winners in the fifth annual APSAs will be determined by an International Jury headed by leading Hong Kong film producer Nansun Shi. These awards, an initiative of the Queensland Government, Australia, in unique collaboration with UNESCO and FIAPF-International Federation of Film Producers Associations – acclaimed films from 70 countries and areas. Films are judged on cinematic excellence and the way in which they attest to their cultural origins.

Jodaeiye Nader az Simin (A Separation), by Iranian filmmaker Asghar Farhadi, and Bir Zamanlar Anadolu’da (Once Upon a Time in Anatolia), written and directed by Nuri Bilge Ceylan, have each received four APSA nominations. Both films are the Academy Award® submission for their respective countries in the category of Best Foreign Language Film for 2012.

Iranian filmmaker Asghar Farhadi, writer, director and producer of Jodaeiye Nader az Simin (A Separation), has been nominated for Best Feature Film, Achievement in Directing and Best Screenplay. Actor Peyman Moadi has been nominated for Best Performance by an Actor. The film is the first completed project funded by the Asia Pacific Screen Awards’ MPA APSA Academy Film Fund launched in 2010 and received one of four US$25,000 grants. Jodaeiye Nader az Simin (A Separation) won the Golden Bear for Best Film and the Silver Bears for Best Actress and Best Actor (ensemble cast) at the 61st Berlin International Film Festival, becoming the first Iranian film to win the Golden Bear. The film also received the Sydney Film Prize at this year’s Sydney Film Festival. Asghar Farhadi’s previous film Darbareye Elly (About Elly) won the APSA Jury Grand Prize and Best Screenplay Award in 2009.

The fifth Nominee for Achievement in Directing is Na Hong-jin for Hwanghae (The Yellow Sea, Republic of Korea). The film was selected in Un Certain Regard at this year’s Cannes Film Festival.

The Best Screenplay Nominees are Yoon Sung-hyun for Pa-soo-kkoon (Bleak Night, Republic of Korea), Denis Osokin for Ovsyanki (Silent Souls, Russian Federation) and Alexey Balabanov for Kochegar (A Stoker, Russian Federation), as well as Asghar Farhadi for Jodaeiye Nader az Simin (A Separation) and Ercan Kesal, Ebru Ceylan and Nuri Bilge Ceylan for Bir Zamanlar Anadolu’da (Once Upon a Time in Anatolia).

Asia Pacific Screen Awards Nominees are automatically inducted into the Asia Pacific Screen Academy making them eligible to apply for the MPA APSA Academy Film Fund, a US$100,000 script development fund supported by the Motion Picture Association (MPA) and available exclusively to Academy members. Asia Pacific Screen Academy members are also eligible to apply for The APSA Children’s Film Fund, a new development fund specifically for films for and about children of the Asia-Pacific. The fund is a partnership between APSA and Manila based 4 Boys Films, established by APSA Academy member Butch Jimenez.Two AUD $20,000 grants will be given to support new children’s feature films at creative inception that carry positive, life affirming messages specifically for and about children in the Asia-Pacific. A member of APSA’s Academy must be attached to the project.

Led by Patron Jack Thompson, the Academy is a growing body of the region’s most influential names in film including past APSA Nominees, International Jury and Nominations Council members. The submission period for both film funds closes on October 21 and the fund recipients will be announced at the APSA Ceremony on November 24.

Council members. The submission period for both film funds closes on October 21 and the fund recipients will be announced at the APSA Ceremony on November 24.
Two additional major awards for outstanding achievement will be presented at the ceremony.

FIAPF Award: Each year FIAPF-International Federation of Film Producers Associations – determines the winner of the FIAPF Award for outstanding achievement in film in the Asia-Pacific region.

UNESCO Award: The United Nations Educational, Scientific, and Cultural Organization presents the UNESCO Award for outstanding contribution to the promotion and preservation of cultural diversity through film.

The 2011 Asia Pacific Screen Awards Ceremony will be webcast live through:
www.asiapacificscreenacademy.com

Tags: "Once Upon a Time in Anatolia", Asia Pacific Screen Awards
Posted 10 Oct 2011 by Admin in News