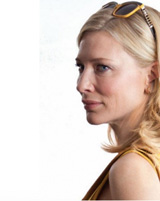 Sony Pictures Classics is expanding Woody Allen’s latest box office success “Blue Jasmine” from 229 to over 1,200 screens nationwide this weekend. This surpasses the screen count for “Midnight in Paris,” marking “Blue Jasmine” as the widest release of any Woody Allen film.

The film has garnered $9,943,025 million in box office grosses since its July 26 limited release and has had numerous box office achievements, including breaking opening weekend house records at the Angelika Film Center and City Cinemas 1, 2, 3, in New York City, BAM in Brooklyn as well as breaking both opening weekend and second weekend records at the Clay in San Francisco.

On opening weekend, “Blue Jasmine” averaged $102,011 per screen in six theaters – one of the top limited openings of all time. This is Allen’s 44th feature film that he has written and directed and his sixth film with Sony Pictures Classics.