Exclusive Interview: The Cast of Anna

Writer, director, producer and AMPAS member Dekel Berenson has enjoyed an incredible ride with his short film, “Anna.” The film made its debut at Cannes where it garnered a nomination for Best Short Film. It has gone on to win 18 awards around the globe at multiple film festivals. It is also now Oscar eligible. The film takes a specifically angled look at the “love tour” trade that is prevalent in some countries.

The short film unfolds with a dreary look at the drudgery that is the life of Anna. Anna is a middle-aged mother who works butchering meat, and perhaps that, along with living with her young adult daughter Alina are her only two understated joys she knows in war-torn Eastern Ukraine.

After hearing a radio advertisement that promises an event with a party like atmosphere, Anna is intrigued that there are American men touring the country in search of love. Although Anna certainly doesn’t fit the mold of what a man would typically be looking for on a love tour, she is undaunted and attracted to the promise of finding fun, companionship and a potential mate. 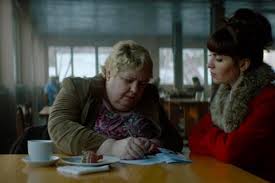 Once the day of the big mix-and-mingle party arrives, Anna is clearly a fish out of water, but still manages to cut loose in a liberating dance scene that creates a visual juxtaposition to her every day life. Getting down to business, Anna sits with a translator and a potential suitor. In a cute and funny “interview” with a potential love match for Anna, all is apparently purposefully lost in translation as the Russian translator playfully steers the conversation the way that benefits the man on the tour. In the end, chaos ensues with Anna caught in the middle and possibly facing a boring daily existence once again.

Olga Bekhmeinitsyna, a producer for “Anna,” explains, “It was a really unique production for us. The subject matter has been a really great project.” She goes on to say that it is an unusual situation when a foreign director comes to the Ukraine to film a Ukrainian story. Director Berenson hails from the U.K.

Svetlana Alekseevna Baranich portrays lead character Anna and has had the experience of working with foreign directors previously. “Working with Dekel was a great experience for sure,” she says. As Anna, she brings a great emotional weight to the film with a minimal use of words.

Although it is a short film, the character of Anna does make a transformation that is in a somewhat stark contrast to everything else that is going on around her. “I did it because of Dekel’s comments and we had a lot of rehearsal beforehand,” says Barandich.

American actor Eric Ross Gilliatt portrays a character named Eric, who is on the love tour and tries his hand at matching up with Anna via a translated interview during the mix and mingle party. Originally hailing from San Diego, Gilliatt recently reentered film after a career on the stage. Finding a call for a casting for “Anna” on Facebook, Gilliatt enlisted the assistance of his stepson’s girlfriend who was going to film school in Krawkow, Poland at the time to make his audition for the film for Berenson. It was a fit and Gilliatt’s portrayal of a Texas love tour member was believable, and a laughable mismatch to Anna that provides some lighter moments in the short film.

Berenson had a good laugh when he explained that during the submissions of “Anna” to film festivals, one particular festival thought it was a true story and entered the film as a documentary. The cast and crew laughed heartily during our interview at the mis categorization.

Utilizing a backdrop of a butchery in “Anna” was an interesting stark contrast for Berenson as he is a vegan. “It was quite disgusting … But I was so happy to have found this location and it was the last day of shooting and all we had to get three more shots and then this whole crazy project was in the can.” He says that even finding a meat factory location to shoot was a lucky find.

With so many film festival accolades and a unique subject matter, it will be interesting to see if “Anna” rings with the Oscar judges the same way it did with film festival audiences. 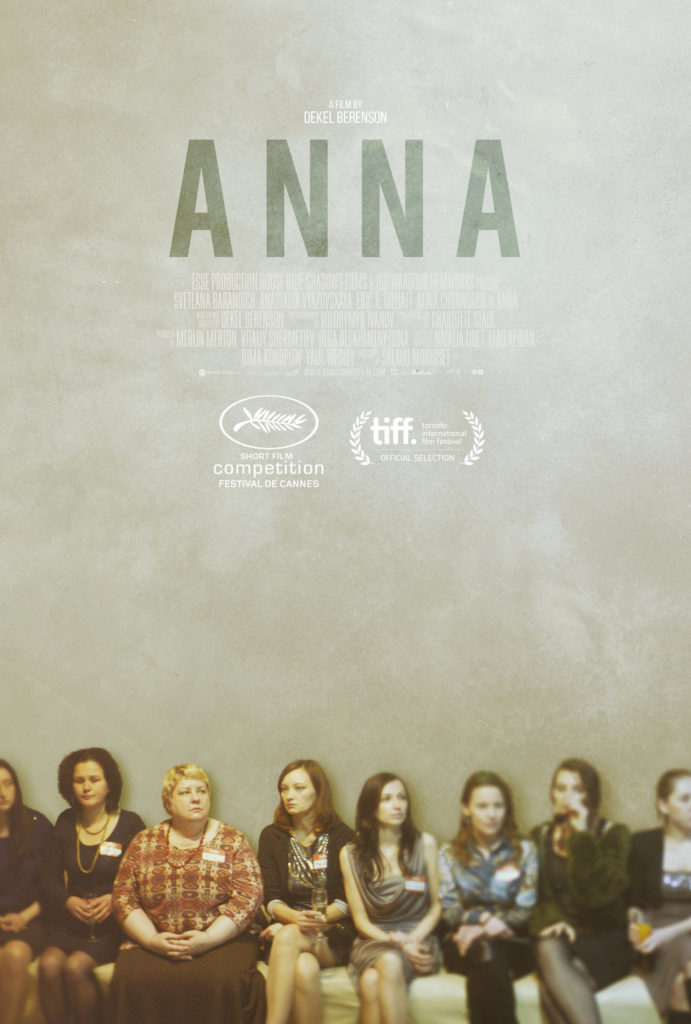