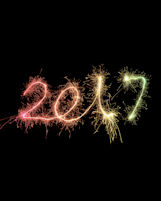 Last year was not a bad one in terms of movies, but like every industry, there were highs and lows in 2017.

There were a number of excellent mainstream offerings – including “Baby Driver,” “Dunkirk” and “Thor: Ragnarok” – that managed to make an impression above and beyond the minimal financial requirements they had in place. But the following 2017 movies stood out far more than any of the others, so make sure to see them if you haven’t already. They should be relatively widely available now.

The Shape of Water
After 10 years spent playing in his box of toys, exploring the latest possibilities of technology with movies like “Hellboy: The Golden Army” and “Pacific Rim,” Guillermo del Toro really needed to scale things back a bit and start exploring more emotional storytelling again. He has done just this with this romance fantasy, and the result is a sophisticated love story detailing what living in society’s margins is like.

Okja
Bong Joon Ho’s inflammatory allegory tells the tale of a girl fighting the powers of the industrial complex of food in order to keep her genetically modified super-pig alive. It is heartwarming, strange, campy, smart, disturbing and, although politically conscious, it remembers to keep you entertained. Take some time off enjoying the various online gambling casinos and see if you can locate it to view.

Get Out
Funny man Jordan Peele released his post-racial horror-comedy just as America started having to examine the prejudices that it had been rather successfully ignored for decades. The movie cleverly reinterprets the paranoid world of socio-political thrillers like “Rosemary’s Baby” and “The Stepford Wives,” but has also managed to become a conversation starter in a time where Americans are having to deal with the concept of polite racism still being racism.

Raw
This is a horror film from Belgium that explores the sexual awakening of a vegetarian, college-aged, through a metaphor of cannibalism, and it masterfully manages to be disgusting and vicious, and yet remain relatable while it does. While it stands as one of the most hectic seat-squirmers to be released in recent years, it also manages to bring across one of the truthful portrayals of competitive sisterhood ever captured on film.

The Florida Project
This Sean Baker film about struggling families living week-to-week in the cheap hotels located outside of Disney World is one of the most affecting movies to be released in 2017. It contains very strong performances by both children and non-actors as well as a subtle compassion that overrides the entire production.

Lady Bird
“Lady Bird” was one of many people’s favorite films from last year, with one of the biggest reason being that it made everyone feel so good. The level of specificity present in this movie’s character dynamics and the 2002 Sacramento setting, along with the underlying story of the mother-daughter relationship and its themes of embracing your roots, sets this movie apart from the usual quirky Sundance fair, leaving you with the knowledge that this is what good US filming looks like.