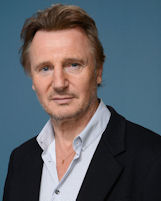 Liam Neeson, part and parcel of the Hollywood A-list, is suggesting that the current treatment of some of the biggest celebrities in the world, such as Garrison Keillor, has become excessive.

Neeson described the current wave of allegations of sexual misconduct sweeping the entertainment industry as starting to resemble a witch-hunt, and appeared to be dismissing contentions of those in power groping the breasts of the women working for them, for example, as childish, in an interview recently screened on Irish television.

Neeson, appearing on RTE’s “The Late Late Show,” stated there were people, famous people, who were suddenly being accused of committing crimes by touching womens’ knees, or something along those lines, and were then subsequently being dropped from their projects.

Catherine Deneuve agrees
Catherine Deneuve, the French actress, drew heavy criticism recently when she used the term witch-hunt to describe the chain of events that have occurred after allegations of serious sexual assault were made against Harvey Weinstein, the acclaimed Hollywood producer, in 2017.

You don’t have to be an experienced punter at one of the many fine Australian sports betting sites to take the wager that these comments are going to go down like balloons filled with lead.

Keillor’s case of illustrates Neeson’s point
Neeson, one of the most respected, and bankable, stars in Hollywood at the moment, referred to the case of Garrison Keillor, a writer and broadcaster, in order to illustrate his view.

Keillor was fired by Minnesota Public Radio in the later parts of last year after allegations of inappropriate behaviour with a coworker were leveled at him. Neither the organisation nor the person accusing Keillor disclosed the details publicly, even after Keillor was dismissed.

Keillor told one of the local newspapers that he had put his hand on the woman’s bare back. He said he had intended to pat her on the back after she had revealed that she was unhappy, but apparently the shirt was open and his hand went up it by around 6 inches.

The woman recoiled at once, and Keillor states that he immediately apologised, and did so again via email, later on. He said the woman replied, saying she had forgiven him, and that they continued cordial relations right up until her lawyer made contact.

Neeson on the fence about Hoffman
When asked how he felt about what was happening to Kevin Spacey and Dustin Hoffman, both actors who have been accused of multiple counts of sexual misconduct, Neeson stated that he had not made up his mind about the allegations Hoffman was facing, saying that accusations were childish ones.

Neeson went on say that, regarding Hoffman, there were actors who did silly things in plays, since there were certain actions that took on a superstitious slant, and many performers felt that if these actions were not repeated every night the show would be jinxed.

Hoffman has been accused of sexual assault by a number of women, as well as exposing himself to a minor, and of sexual harassment.