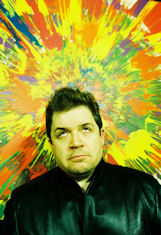 The Visual Effects Society has announced that Patton Oswalt (“Young Adult,” “Ratatouille”) will host the 10th Annual VES Awards at the Beverly Hilton Hotel on Feb. 7. This will be the comedian/actor’s third appearance at the VES Awards, which recognize the most outstanding visual effects work of the year and honor the artists who created it.

“These are the people who build worlds. Hell yeah, do I want to see ‘em get their own night,” said Oswalt.

“Patton was a presenter at our sixth annual awards show in 2008 and he brought the house down, so we were thrilled when he came on board to host the event last year,” said Eric Roth, executive director of the Visual Effects Society. “He has often said that he feels like one of us. While he deeply appreciates the critical role visual effects plays in creating entertainment, he can also get a thousand people in tuxedos to laugh their butts off, so that truly makes him one of our stars.”

As previously announced, Stan Lee will be honored with the VES 2012 Lifetime Achievement Award and Douglas Trumbull with the Georges Méliès Award. The 10th Annual VES Awards will take place Feb. 7 at the Beverly Hilton Hotel and will air exclusively on ReelzChannel.

For more information on the VES Awards, sponsorship and tickets, visit www.visualeffectssociety.com.

About the VES
The VES is a professional, honorary society, dedicated to advancing the arts, sciences, and applications of visual effects and to upholding the highest uniform standards and procedures for the visual effects profession. The VES is the entertainment industry’s only official organization representing the extended community of visual effects practitioners including supervisors, artists, producers, technology developers, educators and studio executives.

Its over 2,500 global members contribute to all areas of entertainment from film, animation, television and commercials to music videos, games and new media. VES strives to enrich and educate its members and the entertainment community at large through many domestic and international events, screenings and programs. Visual effects professionals constitute a vital creative force in content creation and are literally shaping the future of entertainment.