Review: Afternoon of a Faun 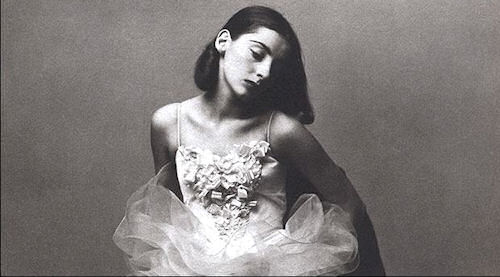 Known as “Tanny” to several generations of American ballet insiders, Tanaquille le Clercq lived the perfect life of the ballerina in pre-war America. Married to one of the legends of ballet, George Balanchine, and pursued by another, Jerome Robbins, she dominated the American ballet scene and was loved the world over. As her career spiraled upward around the world she headed for another European tour, her biggest yet, where she complained, uncharacteristically, of aches and pains. A few days later she was in the hospital fighting for life, a victim of the scourge of the Western world at that time, polio.

Although Jonas Salk has just invented a new vaccine that promised to make polio a thing of the past, Tanny, along with most of the older dancers on the 1956 “Western Symphony” European tour, declined be vaccinated. They feared their reaction to the vaccine would compromise their performances on this, yet another, crucial tour in the history of the New York City Ballet. The younger dancers were all vaccinated whether they like it or not.

Le Clercq met the man who would become the love of her life at the age of fourteen years when she was in school for the fledgling School of American Ballet. She was standing outside the classroom, in the hall, when the young and dashing Balanchine walked up to her and asked why she was in the hall and not in class. “Kicked out” was her reply. Apparently there was flicker of synchronicity at that early time between the two immensely talented people. That connection never was broken.

Tanny was tall and her long legs and long body would have been a handicap to most female dancers, However, there was something in her that made her work to make her body work. When it came together, it was like the stage had to make way for a kind of dancing the theater had never known. She could really cover ground, moving from one side of the stage to the other like a deer popping through the forest. She was at the same time translucently fast, tortuously slow, and always terribly sexy. She was to become the model of the modern dancer, the model of the American ballerina, well nourished, strong, tall and strikingly thin. She moved like a beam of light, threatening to disappear should anyone on the audience blink an eye.

She was able to practice her craft as a semi-spoiled goddess of the theatre with remarkable humor and self-deprecating hijinks. She did this before she was stricken with polio, and she did it after. In the years after her affliction, Balanchine became obsessed with undoing what nature had wrought. He worked with her tirelessly, exercising her limbs in the vain hope that thousands of repeated movements would somehow remind or reconnect deadened nerves of patterns of movement from the past. George used the teachings of his good friends to develop exercises just for Tanny.

In fact, it is amazing she walked. But not only were her legs devoid of nervous connection, but one of her arms as well. In spite of these handicaps, and given the uniform prognosis of all of the doctors in the field that she was unlikely to live past forty years, she outlived Balanchine and was at home when he called in 1983 to offer her his final farewell from his death bed. Having been apart for many years, he expressed to her the feeling that the both of them, and the whole world, knew. She was the love of his life, his only muse and inspiration and she would continue to be so past death, if there was any justice in the universe.

After George’s death, Jerome Robbins became closer to Tanny. He not only showered her with affection, but he offered her opportunities to get back into the theatre as a coach and teacher. Tanny did this with vigor and continued to teach several companies until her death in 2000. At that time she had lived to over seventy years of age, nearly double the number of years predicted by the doctors. She had done this by virtue of an athlete’s body, a healthy and positive outlook on life and, according to many, a little just plain orneriness.

There are only a few people in history who combine the right place and the right time with the right personally, character and bearing to take the world to the next level. Tanaquille le Clercq was such a person. Her completely new style changed the face of ballet and her personality endured what can only be described as the cruelest blow fate can deliver, taking movement away from a dancer. Not only did she live far beyond her expected years, she lived far above expectations. 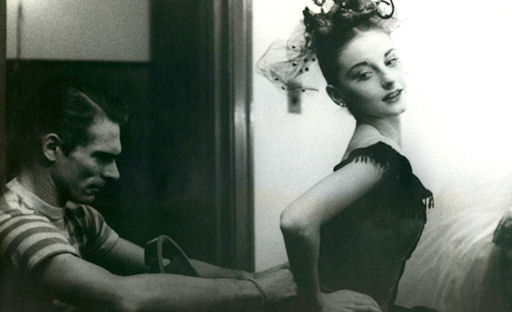