Review: Born to Be 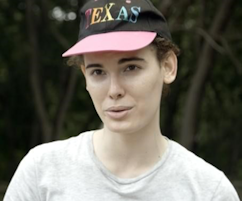 We hear a sonorous double bass. The deep sounds come in a tremulous, low awe switching to multi-faceted activity and diversity. As the film continues, we learn that the Julliard musician has another practice that parallels his daily music regimen perfecting the Bach suite.

Once he experienced how hard it was to make a living playing the double bass, Jess Ting was inspired by his brother to try medical school. He ended up graduating first in his class, specializing in plastic surgery and becoming a pioneer expert in transgender surgery.

It was all by happenstance. By 2015, New York State required all health insurance plans to cover gender-affirming surgery. But who knew how to surgically transform a man into a woman or vice versa?

Out of curiosity and compassion, Ting traveled throughout the world for one year to learn from the best. By 2016 Mt. Sinai Hospital in NYC placed him as head of their brand-new Center for Transgender Medicine and Surgery.

Film Idea
Michelle Koo Hayashi, Ting’s partner, decided, despite no experience, to become a filmmaker in order to document Ting’s ground-breaking practice. Her work is spell-binding. She hired Tania Cypriano, an international award-winning filmmaker, as director, and a brilliant team was formed.

Their strategy was to follow a handful of patients from their respective initial visits to Dr. Ting’s office through to their outcome. Doctor and patient together are courageous pioneers. Not everything goes perfectly in this honest, candid film, but the miracles Dr. Ting is successful in creating change lives.

Transformation of Mahogany the model
Mahogany, a tall, graceful, gorgeous individual who had been at a career peak as a model, left her success in South Africa to seek out Dr. Ting because she felt she was living a lie as a man. As Dr. Ting says, “Her internal image of herself is female, so we are working on making her external identity match her internal.”

Using a technique newly acquired from an Argentinian doctor, the best in the world, Ting tries a facial feminization procedure alone in the operating room for the first time. It will require taking out the frontal eyebrow bone across Mahogany’s forehead. Hayashi films the end results and Mahogany’s reaction.

Why Does He Do It?
“One of my patients committed suicide yesterday,” Dr. Jess Ting says in confounded, sad frustration. He knows that 44 percent of all trans people commit suicide each year, and this was a factor that led him to become a gender surgeon. He sees 40 patients and completes six to seven operations each week.

Garnet the Beautiful
When we first meet Devin, we are struck at how Natalie Portman-perfect her looks are. Dr. Ting had created a vagina from peritoneum, which lines her abdomen and the facial feminization surgery, among other things. Her passport and birth certificate are legally changed and her new name is Garnet Rubio.

So, it is with great surprise that after she gratefully and confidently leaves Dr. Ting’s office that she returns after a suicide attempt. Hayashi captures this trauma with Garnet’s family surrounding her. It is finally, in this moment, that we realize the difficult space a trans lives in both before and after surgery. Where can Garnet find acceptance?

Kino Marquee
“Born to Be” has deepened my understanding and compassion for the trans community. Hayashi and Ting have been awarded the The Museum of Chinese in America 2019 Legacy Award for this phenomenally well-sequenced, respectful, ground-breaking documentary. It can be viewed on Kino Marquee. 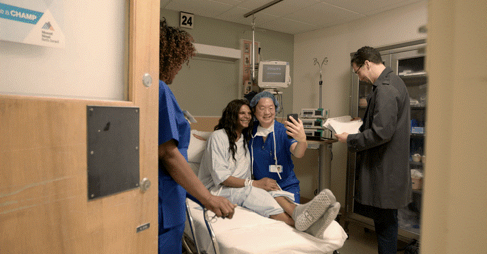