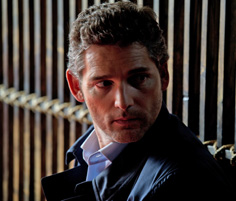 The Government is essential to our existence internal and external. Can the Government be trusted? The true question is can anybody really trusted? “Closed Circuit” is a British film that addresses those two questions as the film deals with a trial of a man who is accused of bombing a London Market in which 120 people died. The notion “They Watching” fits well what is going on in our real life situations as the U.S. National Security Agency admitted to spying on us minions (yikes!).

Due to the nature of the crime, suspect Farroukh Erdogan is giving two attorneys: Martin Rose (Eric Bana), who defends him in open court, and Special Advocate Claudia Simmons-Howe (Rebecca Hall). We learned that Martin and Claudia used to have an affair which sadly broke up Martin’s marriage. Their affair is important because as part of the British system both these lawyers cannot meet, share information or have any sort of relationship. Their past relationship is in strict violation of this system, so it is interesting to see how they handle this amidst the biggest trial in British history. Martin and Claudia learn not everyone in the government can be trusted.

The movie starts off with a bang and I will admit it gets dry for the first quarter of the movie as many people passed out during slow scenes, so I will advise watching this movie when you are completely awake. The last three-quarters start to make things interesting as we learn more about the case and the cover up. One element of a great film is story-line and this movie gets an A for that category because of its relevance to our current stands on government and the information was presented well in the movie. The only issue I had, of course, was the slow part in the beginning but most movies of this genre have slow moments.

Great casting is another critical element in having a great film and Bana and Hall both did top jobs in this movie. Bana’s character was more aware of the conspiracy, while Hall was more blind-sided initially. Bana and Hall also had great chemistry together and great chemistry between great leads makes the characters believable and gets you in tuned with the plot.

“Closed Circuit” is a movie where you might not appreciate its full value until it’s over. I think “Closed Circuit” is a great film if you are into the subject matter, like foreign roles or just like a film with great acting, as Bana and Hall put on some of the best performances in a film I’ve seen in a long time.

Side note: I enjoyed the camera angles in the film as they make effective use of small digital cameras so we can get a surveillance camera type view. Also, at times subtitles could have been helpful in understanding their heavy accents, but this was not a deal breaker. 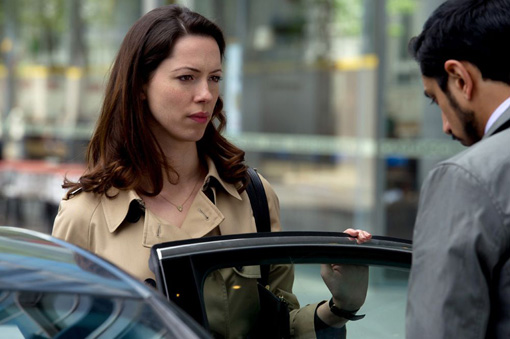 “Closed Circuit” is now watching you in theaters, and scores a grade of B.