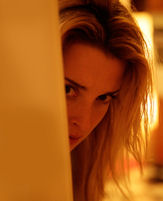 James Ward Byrkit’s sci-fi thriller “Coherence” starts as an updated comedy of manners like Luis Buñuel’s “The Discreet Charm of the Bourgeoisie” and ends like something from Alfred Hitchcock.

In the background we are waiting for Rod Serling’s voice to come over the soundtrack, “Eight normal people, with their usual ups and downs, their good sides and their bad, gather to have dinner. They thought they were going to yuppie suburbia, but, in fact, they were going to the….” You know the rest.

Set somewhere in the Neverland of California’s Silicon Valley, eight highly educated people set down to a casual dinner. The conversation is joking, with off-hand references to past romances, past good sides and past bad sides. Addictions, failures, successes, loves lost and loves sustained come and go.

As the conversation develops, the different sides of the participants a story emerges about a comet passing overhead. The comet is coming very close, closer than any comet has come to earth’s civilization in a hundred years. The last time such an event took place people forget who they were, where they lived and even failed to recognize their loved ones. There were unsubstantiated claims of mayhem.

As the movie progresses from indifferent social banter to the lights going out, there is a danger the audience will write off the affair as a “Blair Witch Project” knock-off. This momentary lapse into the hackneyed is complete with flashing lights, up-lighted faces, candles, glow sticks and rushing ill-defined bodies in the darkness.

Then the fun starts. The characters make trips outside to contact others and return with questionable results. Pictures are taken of the dinner guests that could never have been taken. Numbers are on the back of the pictures that are simply random chance. A ring long since given as a token of love that appears, disappears and multiplies.

The more the people struggle to understand what is happening, the more confusing things get. The more actions they take to find out the truth, the father away the truth recedes. 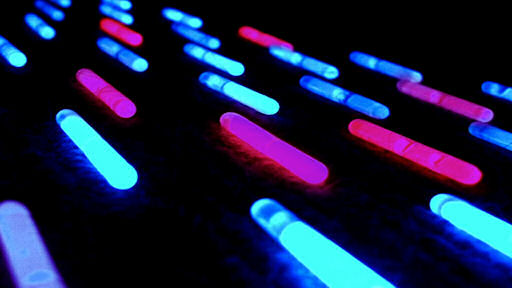 The danger in taking all this in is to write the film off as trivial after the first ham-fisted electrical failure and the mysterious bumps in the darkness. The astute student of astrophysics should grin and bear these lapses and try to focus on the characters, places and times that change and shift like the ball underneath one of the three cups.

The truth may be stranger than fiction in most cases, but when the truth and fiction exist at the same time, as close as two buds on a rose, it can be hard to tell the difference. In fact, the danger is not the difference, but trying to alter the outcome. Trying to outsmart Mother Nature is like trying to win the game of the ball and cups. The more the patsy wiggles, the further into the quicksand they go.

There is nothing radically new or interesting in the cinematography, the acting or the dialogue of this film. But nestled in the midst of the helter-skelter social interaction is the cloying feeling that nobody at this particular party is really sure who he or she is, or where his or her allegiances lie. As things go from bad to worse there always seems to be this opportunity to go where the grass is greener. Clues are disclosed but they are abstract, and even an expert in the particle physics that is supposed to be at the heart of this drama is apt to get lost in the pretzel logic.

Those who stick with it will see the heroine, the lone girl survivor of the template horror flick, come to the fore and take the bold step that nobody else takes. The outcome is not what she, or the viewer, expects; a frightening turn of events as the comet disintegrates and the revelers wake to the light of a new, normal, day.

As it turns out, the bright sunrise holds more in store for them than Bloody Marys and a dip in the pool. And it will be a long time before the next comet comes by and they get a second chance.

“Coherence” is a thought-provoking exploration into what could be just around the corner, told with just the right amounts of terror and black humor. Be coherent or forever hold your piece. 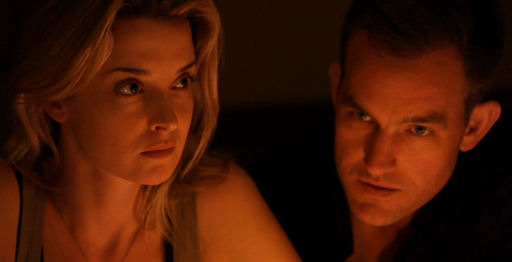