It is entirely possible that writer/directors Manu Luksch, Martin Reinhart and Thomas Tode (Martin Reinhart is also credited as writer) did not know what they were getting into when they embarked upon this archival journey into the technical advances that have become life. This collection of hundreds, if not thousands, of film clips from Germany, America, France, Netherlands and more paints a three-dimensional picture of how the unthinkable came to be routine. 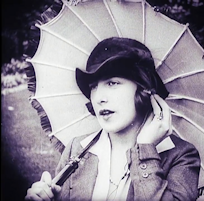 It starts with the telephone and ends with, well, we are not sure. But you know where we are now and the future only holds more of the same. Dating ca. 1900 to 1930, the clips show the funny, the outrageous and the scandalous sides of mass media. In the age where machines won the first great war, we thought they could do no wrong.

Who would guess that the film projectors of the 1800s would lead to the machine guns of the new century? Or that the accidentally overheard party line would lead to Edward Snowden?

As the clips roar past at a frenetic pace the plot develops that electronic media can be used as a great propaganda machine. That’s no big surprise. By the end of the film, we are suspecting something much more significant. The electronic media is the propaganda machine. it not only conveys information, it has transformed what we consider information. Gone is total human communication and in its place is a stripped down version of personal interaction that is alarmingly easy to manipulate. Is the commercial the words and pictures on the TV, or is the commercial the TV itself?

The history of technology is downright spooky in the way that it glorifies and mystifies electronic communication. The superficial message of nearly all of the clips is that electronics is a godsend; the savior we have been looking for. By about three quarters of the way through this marvelously dizzying assortment of thought bytes the film starts to take on a life of its own. We cannot help but wonder if the digital age has also taken on a life of its own.

The prime management directive is that to control one must first measure. If talking is reduced to that which can be conveyed by digitized bytes (or lines on a screen) that is a prodigious first step in controlling inconvenient nuances. Round up those bytes and get them in order. Yes, and develop ways of screening the bad bytes at the same time. Maxwell’s demon has come alive and he lives in that transmission tower on the hill.

Efficiency? We will break down every fragment of every speaking breath and direct them as required for the maximum benefit of all. Well, OK, at least for the benefit of those in control.

The strobe light stops motion, taking the mystery out of movement and gives up something we can understand. Will Rogers said, “It’s not what we don’t know that hurts. It’s what we know that ain’t so.” If we know part of the truth, is that good enough? If part of the truth is not the truth, will that hurt? Depends on which side of the network you are on.

Who has not dreamed of talking back to the TV one on one? But what will happen when the TV talks to you? See this movie and decide for yourself. 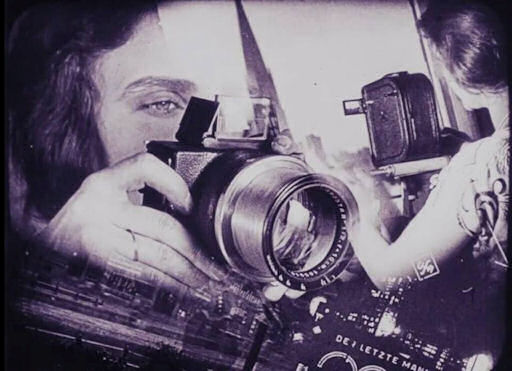