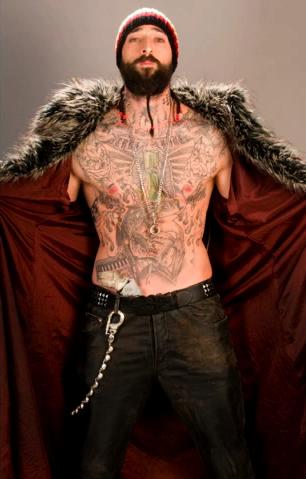 Ever since Cheech and Chong first toked it up onscreen, we have seen many movies that focus on the wacky situations that drug abuse — specifically marijuana — can get you into. Filmmaker John Stahlberg is making his directorial debut with the comedy “High School” in which he hopes to use his talents to bring a funny and unique story to audiences everywhere.

In “High School,” straight-laced senior and soon-to-be valedictorian Henry Burke (Matt Bush) is set to leave high school with an incredibly strong academic record. Besides the occasional confrontation with the second-best student at the school — Sebastian Saleem (Adhir Kalyan), who has been gunning for the coveted title of valedictorian — Henry leads a very peaceful and uneventful existence.

Enter Travis Breaux (Sean Marquette), the always-stoned slacker whose life motto seems to be “don’t try hard at anything.” Travis, who used to be Henry’s best friend when they were kids, reconnects with him after school. In an attempt to get him to relax, Travis gets Henry to indulge in some ganja that has the opposite effect of what was intended. This all turns out to have horrific timing as the school’s principal, Dr. Leslie Gordon (Michael Chiklis), is declaring a war on drugs and is starting with immediate drug testing the next morning.

Desperate to not be expelled and lose his scholarship to M.I.T., Henry runs to Travis for help. Travis’ idea is to get the entire school high, which would make the drug tests result void. They head to local dealer Psycho Ed (Adrien Brody) and steal his highly potent weed extract called “kif” and succeed in lacing all the schools bake sale brownies with pot derivative. The effects are far worse than planned and as the school begins to go crazy, this duo must work to keep the situation under control while not getting caught. Things go from bad to worse when Psycho Ed realizes his product is missing comes looking for them and wants to be fully reimbursed. Can they possibly pull off this crime, satisfy Psycho Ed and avoid the hound dog gaze of the suspicious Principal, Dr. Leslie Gordon.

As plots of films go, this one is pretty simple and has its moments of charm and hilarity. But when held against other recent popular films of this genre like “Harold & Kumar” and “Pineapple Express” with clever jokes and hilarious scenarios, “High School” doesn’t quite give the audience an appropriate buzz. “High School” doesn’t embrace the genre as well and many of its gags fall short. The basic premise of the worst-case scenario seems to be overdone here and while you want Henry to pull it off, you are never fully behind this scheme.

Where “High School” truly succeeds is in the performances of its supporting cast, who have some of the best moments in the film. Adrien Brody is the standout character for me, with his paranoid glare and ridiculous hair braids he has one of the wildest performances that I have ever seen him in and a particular running gag where he mimics his pet toad is quite funny. Another great performance is given by Colin Hanks, whose conservative vice principal role also steals the show with every scene he is in. It’s a great contrast to see as the effects begin to take hold of him as well. Lastly, Michael Chiklis is nearly unrecognizable in the role — partly due to a comical hairpiece — and he truly embraces his villainous role. Although he was intimidating, I found his character funny.

All in all, the film’s ridiculous and predictable storyline is never executed to the fullest and in a time where we have truly hilarious and outlandish films that really deliver, it just reminds us that we have seen better. “High School” never reaches the true vulgar comedy and anarchic level we have come to expect in films of this nature and is therefore underwhelming. So see this film if you like, but don’t expect to be getting side cramps from laughing so hard, more like a snicker or a few chuckles.

“High School” is blazing up the big screen now and is rated R for pervasive drug use and language, crude and sexual content and partial nudity.