Those who have read any of Thomas Pynchon’s intractable tails must have been amazed that Paul Thomas Anderson would take on the hazardous task of transforming his 2009 novel into a movie.

Continuing Pynchon’s ongoing war against the establishment, the “Inherent Vice” screenplay (also by Anderson) features private eye Doc Sportello (Joaquin Phoenix) on a mission of LA noir intrigue, double-crosses, coma-inducing drug use and homicidal mayhem. Sportello echoes past Pynchon heroes as a chummy stoner who is as interested in the location of his next joint as he is in saving the world from crime.

This is not completely irrational, considering the setting is Los Angeles in 1970, a time and place many thought was not worth saving. The Manson family comes and goes as a brief and blunt reminder that the worst has come to pass. Doc’s former girlfriend Shasta Fay Hepworth (Katherine Waterston) re-enters his life asking for help for her current, shaky, lover, rich real estate developer Mickey Wolfmann. As subsequent hilarious TV advertisement clips show, Wolfmann has lived a life of greedy environmental destruction. Now his wife, Sloane, has turned against him.

Maverick detective Christian “Bigfoot” Bjornsen (Josh Brolin) enters the scene as a hilariously violent cop whose main agenda is committing civil rights abuses. He confronts Doc with a combination threat and offer, and the chase is on. As Bjornsen munches on increasingly phallic chocolate covered bananas, the audience never ceases to tire of the humor.

What follows in the first half of the film is a genuinely entertaining sendup of the worst aspects of unbridled commercial exploitation teamed up with incoherent and corrupt law enforcement. In the last half of the film this humor drops, inversely related to the increase in a host of eccentric characters and an impenetrable web of intrigue.

The Golden Fang organization, represented by an old schooner smuggling black market goods, hovers in the background, seemingly entering the vacuum created by the lack of moral direction in the general society. By the end of the film there is still no reason presented why we should care. A mind boggling assortment of sub-plots flashes across the screen, some significant, some not. All of these stories are probably explained better in the novel (or, perhaps not). Unfortunately, in this flick they mostly serve to confuse any viewer who makes the mistake of trying to keep the plot in place.

In the end, the experienced Pynchon reader figures out that the story itself is as meaningless, and as bottomless, as the disjunction between capitalist profiteering, moral uprightousness and simple common sense. This movie is about the people, places, time and chaos that make up the modern day society we like to think of as rational. Well, it ain’t rational to Thomas Pynchon and he is going to make sure we get the point.

There are abundant sex and potty jokes, some of which are funny and some of which are lame. Sex has been cheapened by borderless sensual adventurism abetted by commercial gain, as exemplified by dentist Rudy Blatnoyd (Martin Short). This is good stuff, penetrating and legitimate social shafting. But the continual drug use gradually threatens to replace the rest of the story. One has to wonder what would be left of the film if the teenage gross-out humor, drugs and alcohol were taken out. The movie would probably be the better for it, but somebody would have to insert much more real-life plot and that might defeat the purpose, at least in Pynchon’s eyes.

For the die-hard noir lovers out there, this is a tough but rewarding film to watch. Ignore the over-used tropes and hackneyed clichés and appreciate the mood and setting of the story. 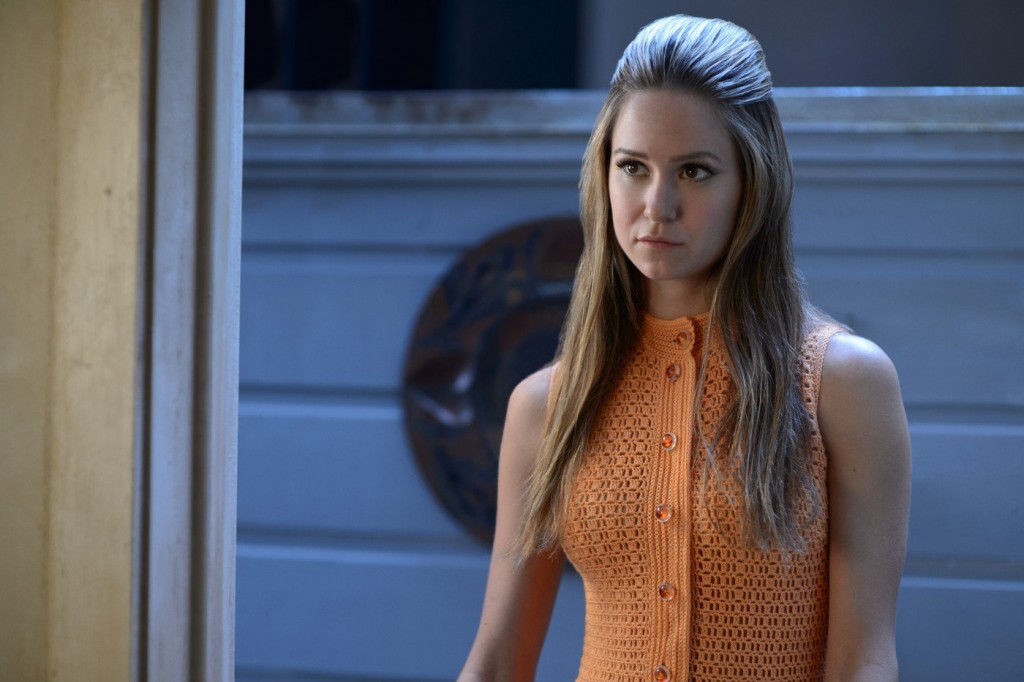