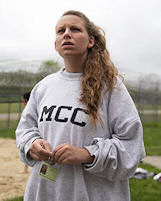 Most parents would go to extremes to protect their child. They would sacrifice their life, their wealth, their honor, perhaps even their wife or husband. As it turns out, these sacrifices only scratch the surface. Consider the sacrifice of leaving one’s child. Abandoning not only the son or daughter but leaving them with the knowledge that the closer they are to the parent, the worse it will be for them. To do this is a higher level of sacrifice, and pain.

This story about a mother and daughter begins with a montage of homes videos of frolicking children. Not a care in the world, the shocking next scene shifts to the sprawling, hyper-fenced Maine Correctional Institute. Mother and daughter, Rosemary and Jacinta, are imprisoned side by side. Even so, they have lost none or their love for each other. The daughter, idolizing and emulating the mother, rejected standard life plans in favor of heroine addiction, as did her elder. The state took care of the rest.

Great documentaries take on a life of their own. The film that grew out of director Jessica Earnshaw’s first few year’s work must have floored her. It is impossible to look into Earnshaw’s mind and discern what she saw as several possible outcomes of this long term, real time, true life story. There were always several endings and the end is not here yet. That will have to wait for the next movie.

Great documentaries demand access, the result of trust between film maker and subjects. The access the director has obtained for this documentary is simply unmatched, there may be nothing like it to date. Scenes of drug injection are filmed with unvarnished clarity and brutal simplicity, the times before and after making the actual use almost secondary. That moment when a recovering addict understands they have lost the fight to avoid recidivism is the most disturbing, shown in perfect detail through what appears to be self-filmed sequence by Jacinta.

Jacinta’s eventual attempts at withdrawal, with and without hospital support, are as real as it gets. The viewer must decide which is worse, the humiliation of knowing one has lost the fight, the agony of withdrawal or the knowledge that one has traded human connection for a drug. In this story, it is the life of Jacinta’s daughter Caylynn that hangs in the balance. Emotionally, Jacinta died when she became addicted, following the example of her mother, the only person who loved her. Can Caylynn love her mother without following her into addiction?

This powerful and poignant documentary required the cooperation of family and friends, drug providers who are also family and friends and public servants from counselors to prison officials to sober house managers. Each is filmed with precision and without judgment, even as they each fail to solve the problem of institutionalized cyclical multi-generational drug use. Jacinta comes up with her own solution, the only solution offered that has a chance of working. Nobody is the movie knows if it right, but everybody knows everything else seems to be wrong. 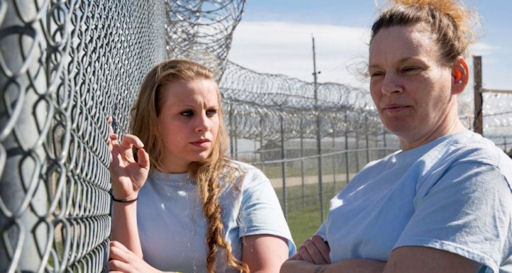