“Lost in Lebanon” is a film dear to my heart because when I went to school there, the same frustrating problem that was happening with the Palestinians in 1969 to 1970 is happening now with the Syrians.

I returned to Beirut last year to honor my dearest professor, Dr. Charles Malik, writer with Eleanor Roosevelt, of the Universal Declaration of Human Rights. How ironic are these current times and coincidental the circumstances.

Chronically surrounded by political conflict, tiny Lebanon, with its arresting mountainous beauty beside the Mediterranean Sea, tries its best to be a neutral haven. About the size of New Jersey, Lebanon has a population of nine million, 10 percent being Palestinian refugees. An additional 1.5 million are Syrian. While refugees are accepted, Lebanon is not anxious for them to stay. They want to protect their own Lebanese identity and not become a Little Palestine or Little Syria. As long as the UN supports the refugee camps, Lebanon feels somewhat willing and secure. But sequestration into camps is like being confined in a prison and is not a good long-term solution.

Currently, Syrian refugees in Lebanon are caught in a Catch-22, where they are doomed no matter what path they chose. For example, if they return to Syria they will be victims of the war or conscripted by one army or the other. On the other hand, if they stay in Lebanon they will be “jailed” in a UN refugee camp with no legal status. Either way, the refugees see no future.

This is Sartre’s “No Exit.”

In “Lost in Lebanon,” Georgia and Sophia Scott, the film’s directors/writers, detail the lives of four of the 1.5 million Syrian refugees who have fled to Lebanon since the Syrian Revolution began in 2011. Just like the Palestinian situation, once there they are never granted permission to work and the only place they can live is in a UN refugee camp.

The Scotts depict the complexities of legal status, human rights and unemployment that refugees face. A German UN representative tries to help a leader in the refugee camp. An artist is frustrated to tears about his options, to return or stay, knowing that both will end in his destruction. A well-educated refugee camp assistant, though offered 3 different training positions in other countries, is not granted a Lebanese visa to leave. A student cannot graduate from high school and attend college.

On the generous side, Lebanon freely admitted the refugees at the beginning of the Syrian Civil War just like they did throughout the stages of the Palestinian exodus.

However, Lebanon cannot survive by incorporating all the refugees with its limited land and resources and it certainly can’t maintain its religiously balanced Christian-Muslim government if it grants long-term residency to all comers, who are predominantly Muslim.

Most western nations accept a specified number of refugees, after a vetting process, according to the benefit the refugee can offer. Then the refugee is housed and expected to become proficient in its host’s language. Eventual job training or procurement is facilitated so that the refugee is hopefully integrated into the new culture. There is a path to citizenship.

However, in Lebanon, because of the large inundation of refugees, we can only thank Lebanon for a temporary respite. However, without residency papers, denied by Lebanon, refugees cannot get a job or travel outside their respective camps. This creates a dangerous environment. When men are prohibited from working in the country and another, more sinister offer arrives, they are susceptible.

The circular irony seems to be that the very document that assures that “everyone has the right to work…” (UDHR Article 23) was co-written by Dr. Malik, a Lebanese statesman after WWII, and mandated by the UN, which also provides the camps that restrict the refugees from free movement and having a job.

This is my fourth and last report on the 2017 Human Rights Watch Film Festival, which features the most important films on complex issues. “Lost in Lebanon” is scheduled for screening on June 17 in New York City. 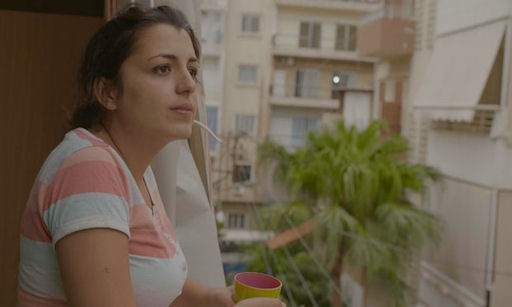