Lou Andreas-Salomé, born in Russia in 1861, machete-chopped herself into the inner sanctum of the all-male intellectual community in Germany with a strident drive for independence and equality. Gifted with an extraordinary intellect, a drive to pursue advanced study and a strong will, she demanded that the leading thinkers of her time, including Friedrich Nietzsche and Sigmund Freud, accept her like their other male colleagues. 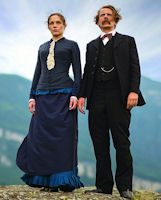 Known to inspire and contribute to the work of great thinkers like Nietzsche, Freud, Rainer Maria Rilke and Paul Ree, Andreas-Salomé also wrote her own books and became a cutting-edge psychoanalyst for her theory of positive narcissism. Of course, most of us heard of her colleagues, but what happened to her?

This outstanding biopic of Andreas-Salomé’s life resurrects a strong woman’s audacious drive for equality in a “Me, too” world where women can still find themselves objects of desire instead of colleagues due respect. Confused by her insistence for equality, Salomé’s contemporaries, including Nietzsche, Rilke and Ree, all proposition her for sex and/or marriage – not a book collaboration, joint speaking tour or professorship.

Intellectual concert, when two or more gather in philosophical discussion, can reach crescendos of great mental pleasure. While men through time have gathered in lyceum-like community spaces to test their ideas, women, through time, have been absent. Andreas-Salomé will not allow this segregation and inserts herself willfully into the mix, immediately impressing her male contemporaries not only with her memory and analysis of the great philosophers, but with her analysis and insightful understanding of them.

Basically, smart Andreas-Salomé wants her contemporary philosophic company to consider her one of the guys. Was this a possibility then? Is it now?

Can men, especially if a woman is good-looking, be singularly impressed by a woman’s ability to talk with wit, intelligence and insight without gender-stereotyping her as a romantic potential?

In other words, is it possible for men to distinguish between the pleasure of deep and meaningful discussion, as they do amongst themselves, and romantic attraction? Andreas-Salome tests them, even suggesting that three of them all live together.

Created by first-time filmmaker Cordula Kablitz-Post, “Lou Andreas-Salomé” is a crucially important tribute to a woman who began her path of feminine independence before women had the right to vote. Andreas-Salomé demands respect and acceptance, not as a beauty or prospective wife, but for her study and analysis of great thinkers. 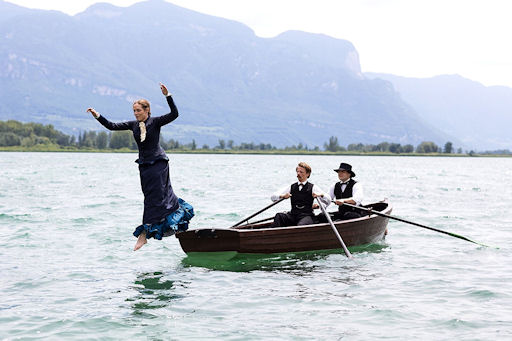