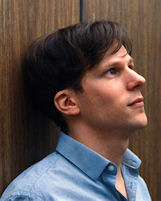 Emerging writer/director Joachim Trier’s family drama “Louder Than Bombs” (co-written with Eskil Vogt) has a lot of content — if you are willing to work for it. Dealing with a sullen teenager as a lead has never been easy. Although Devin Druid does a good job with that role, his character, Conrad Reed, lacks development. The first few scenes of him simply shutting off attempts by his father Gene (Gabriel Byrne) do not help us identify with him. Clues come later through an overly tedious sequence of flashbacks, but too late to restore intense interest that may have been lost early on.

This is unfortunate since the messages in the film are important. Communication between parents and teens is never easy. Worse, they are much more difficult if the parents are hiding things. The worst starting point for any communication is withholding some of the truth and presenting the rest as the truth. For the family Reed, this is the story of their life.

Two years before the opening scenes, Gene’s wife Isabelle (Isabelle Huppert) dies in a catastrophic car crash. Flashbacks show her falling asleep at the wheel and crashing into an oncoming truck. More flashbacks show similar scenes. Conrad’s dreams add to this, subtract from it, and generally make it harder for the audience to tell truth from fiction.

Perhaps this is the point of the story. The truth is, at best, hard to nail down. It is even harder when the players themselves are deceiving themselves about it.

Older son Jonah (Jesse Eisenberg) enters the fray with double the worldliness and half the angst of his brother. He knows most of the truth, but from what we can see he declines to bring this out in the open with his father. A fine actor, Eisenberg’s character seems strangely left out in the cold. It would not have been a far different film if his parts had been left on the cutting room floor.

As a result of the dreams, flashbacks, inconclusive half-statements and irrational teenage temper tantrums we in the audience are somewhat at sea. There is nobody to side with, including the deceased photo-journalist mom herself. Hubby Gene reprises Byrne’s role as the sympathetic but roundabout shrink in his TV series “In Treatment.” Those who plowed through that series, often waiting weeks for a significant change in things, will find themselves at home with the pace of this movie.

David Strathairn’s performance as Isabelle’s photo-journalist partner Richard ends being another Weissman who is as conflicted about his role telling tragic stories through pictures as he is about his role in the family.

If the intent of the story is to make us think, that is accomplished with success. If the viewer attends this film with an interest of seeing a real life drama playing out, that will lead to disappointment. There are few answers to allow us to found an opinion.