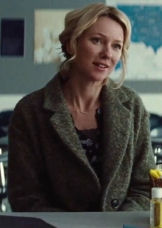 At first glance, a story about a traumatized and miraculously healed former Eritrean boy soldier. Adopted by near-perfect parents and plunked down in solidly middle class America, Luce has blossomed into the perfect teen. Charismatic, adult beyond his years and prodigious in his presentation, he wows them time and time again. Seeing something else beyond his poster boy smile, his mother probes, and a movie is born.

Director Julius Onah’s breakout piece, based on the play by J.C. Lee, is shaky at times, rambling through what seems red herrings as well as clues. Even so, the finished product does a remarkable turn of the tables. Coming out of the gate as a tried and true story of a boy triumphing over an inconceivably bad childhood, or failing to do so, it becomes a morality tale about generational dysfunction. The mysterious find in the high school locker leads down the weepy path of the good boy grown up on the wrong side of the tracks trying to shake off his past. As the screenplay, irrational at times, takes us elsewhere, we forgive unbelievable lapses in judgement and common sense. Smells like teenage spirit.

Helpful as his parents are, and as remarkably astute as they are, they are observers. A fatal flaw, as it turns out, thinking they are above the fray, when, in fact, they are the fray. Shades of an updated “Turn of the Screw” emerge as mom Amy (Naomi Watts) turns amateur detective. In trying to get to the truth, past what she and hubby Peter (Tim Roth) say they know are lies, she becomes part of the lie.

Luce, played to the hilt by Kelvin Harrison Jr., finds his nemesis in canny high school teacher Harriet Wilson. Wilson, in a star performance by Octavia Spencer, underscores the estrangement of Luce and his parents and wakes up the audience about teacher-student relationships. She does not simply know Luce, a part of her is Luce.

As the movie turns from heartbreak to terror, director Onah turns up the tension by introducing new surroundings, the staid high school giving way to the creepy shack in the forest. Two worlds emerge, with Luce commanding both of them. As he has one foot in the unspeakable horror of terrorist conflict and the other in the dysfunctional conflict of a nation incapable of familial intimacy, he sees the parallels between teen life and guerrilla war.

Key roles are anchored by solid supporting work by Andrea Bang as the girl caught in the middle and Norbert Butz as the most feckless high school principal in existence. Naomi Watts notches up another small victory on her way to a future breakthrough performance while not even the defeatist screenplay can keep Octavia Spencer down. The viewer who loves Tim Roth weeps as his parental role manages to strip him of all edginess, in spite of himself. Grandly creepy soundtrack by Geoff Barrow and Ben Salisbury, the award-winning team behind the sound of “Ex Machina.” 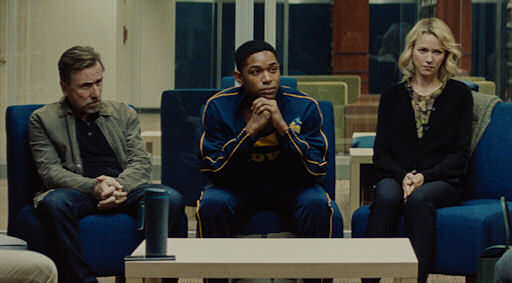