“This device cures heartbreak” is written on the underside of a skateboard. How much that is true is one of the themes examined in Oscar-nominated “Minding the Gap,” an Oscar-nominated documentary about a group of skateboarders from a depressed side of town in Rockford, Illinois, where 47 percent earn $15 or less an hour and a fourth of all crime is domestic. 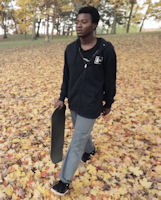 What these boys have in common is a desire to escape, and tricky skateboarding, requiring transcendent attention, provides just that.

The problem is when these fellows come of age and find they haven’t prepared themselves for meaningful employment. How can they support themselves?

Some, buffeted by household abuse and dysfunctional parenting, only find relief in the physical risks of skateboarding down city streets, parking garage ramps, railings, and half-pipes. They gather in groups and find family in shared skateboarding feats.

Physical abuse is a theme that runs through the stories of all the young men followed. Someone says, “We formed a family together, no one else was looking out for us.” Someone else admits, “Skateboarding was your thing to get away – kind of a life or death thing. In reality, it’s a control thing – to make you feel normal in a world that’s not.”

This kind of documentary is what I call a slice-of-life. What makes it better than docs like the also Oscar-nominated “Hale County This Morning, This Evening” is that it follows distinct boys through time. You see them make choices and face realities. In the ending credits you learn where they are headed. You get a sense of story.

Filmed like a reality show with participants reflecting throughout, Liu asks one boy what he’s gotten out of being in this film. Keire responds, “Free therapy.” 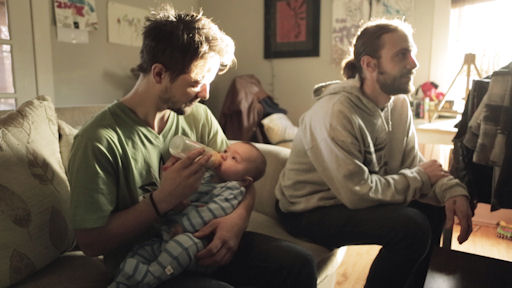 “Minding the Gap” has been nominated for over 50 awards since it won the Special Jury Award at Sundance for Breakthrough Film-making.