There is a national security threat that is more important than all the others, but who’s talking about it? Three retired military leaders speak out about this American crisis that cripples every sector of US development. It is the one thing not only endangering our military but our competitive position in the world economy. It is also the one thing that threatens American families as well as their economic stability.

Something we can all agree on
Republicans (82%), Independents (85%) and Democrats (97%) agree with military commanders that the most fundamental, basic, wise investment the US can make is in affordable quality early education. Surprised?

National Security at Stake
These military representatives report that “71% of people aged 17 to 24 are ineligible to join our military … They can’t serve if they wanted to primarily because they are too poorly educated, they’re not healthy,” or have a criminal record that prevents them. If they are not qualified for military service, what are they qualified for?

Early childhood intervention helps children succeed in school, which is a major factor in self-esteem and life stability. In the minds of the military commanders, the failure to invest in early childhood education is the top national security issue. How can we adequately protect and serve our nation, be competitive in the marketplace, and be a good parent if our early lives, when we were at the peak of learning capacity, weren’t nurtured?

Agonizing
Today, in 28 states, childcare costs more than tuition at a public college. Furthermore, only 10 percent of childcare is rated high quality.

“No Small Matter” shows the dilemma parents have between staying at home to care for their children, or going to work to earn a living. For some mothers it hardly pays to work as childcare costs are so high.

In the early 1950s, working mothers represented only 12 percent of the population, but by 2017, that number was 65 percent. Now 11 million children under the age of five spend the majority of their waking hours with people who are not their parents — and parents, as the film states, “are a baby’s first and best teachers.”

“No Small Matter” shows the tears of mothers who have to leave their infant children to go to work. They are unsure of the quality of care their children will receive and they would much rather be staying home taking care of their most precious gift themselves.

Convincing
“No Small Matter” gives many strong arguments, including data from early brain studies at the University of Washington, that prove early childhood education is the most important investment America can make for a strong, stable, successful country.

This important new film is available on Amazon, VOD, iTunes, and Google Play. 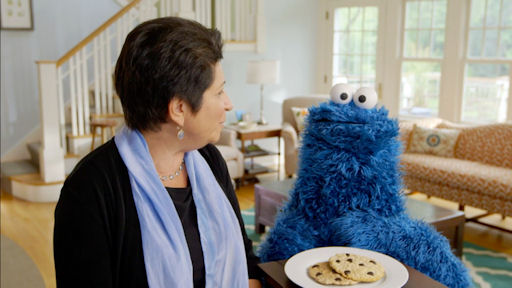