Review: Orders from Above 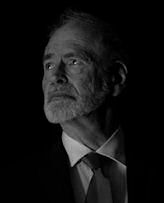 On Jan. 20, 1942, a conference was organized in the German city of Wannsee, Germany. It was hosted by Reinhard Heydrick, and dealt with the “total solution of the Jewish question” in all territories under German control at that time. In preparation for the conference, Heydrick’s assistant, Adolph Eichmann prepared a list of of the Jews in various European countries. He attended the conference and prepared the government record of the meeting. As part of that report, Heydrich specified that Eichmann would act as his liaison for carrying out the plan. Thus, under Eichmann’s supervision, large-scale deportations began almost immediately.

On June 1, 1962 — 20 years later — Adolph Eichmann was hanged in Israel, after being convicted of crimes against the Jewish people.

The docudrama “Orders from Above” deals with several months in 1960, after Eichmann’s capture and abduction from Argentine to Israel. During that time he was interrogated by Captain Avner Less (Richard Cotter – “Les Norton”) of the Israeli national police, under orders from Colonel Shmuel Roth (Darrell Hoffman – “Target Fascination”). Less at first refuses the assignment, describing being with the Nazi as being in “my own personal concentration camp,” but finally agrees to do it in order to obtain a confession from Eichmann (Peter J. Donnelly).

Writer/director/producer Vir Srinivas (“The Powderpuff Girls”) presents us with a spartan interpretation of those months Less spent with Eichmann. What we have is a duel of sorts between the arrogant Eichmann, adept at excuses and self justification, and the more humanly portrayed Less, who methodically, wears down his adversary. There is little action, and the sets used are very modest – even to the point of reducing the film locale to the equivalent of a police interrogation room. Most of the conversation takes place through alternating close-ups of the speakers, so little creativity is used in screen sets. Further, the movie is filmed in black and white with minimal (and in one instance when archival film of the death camp horrors are being screened, inappropriate) musical background. There is no textural backing found in “normal” b&w films, so everything is given a flat, two-dimensional quality.

Having said all this, it is still a fascinating expose’ of a patient hunter slowly, relentlessly, closing in on a crafty, elusive prey. The sparse production values enhance the impression that we are observers of a real interrogation, recorded as it is happening.

Interspersed with the interrogation scenes are two others between Less and his superior. In these, important points are made that underscore the humanity we see in Less. Colonel Roth is dissatisfied with the slow progress being made and suggests – even orders – that the transcript of the interrogation be falsified and the tapes be destroyed. The Israeli government cannot take the chance that Eichmann might be acquitted at trial, so a confession, even a fabricated one, must be obtained. Less refuses, explaining that to do so would be to lower themselves toward the level of the Nazis. He points out that Hitler didn’t begin his career killing Jews – he reached that horror step by step.

In a May 1983 article for the magazine “commentary,” Captain Less wrote of his time with Eichmann more than 20 years before. “His defense strategy was set from the start. I was already acquainted with it from my study of the Nuremberg trials. Knowing that his life was at stake, he clung from the beginning to the tactics of the major defendants at Nuremberg. He would lie until defeated by documentary proof, just as Kaltenbrunner, his former chief, had done. When that didn’t help, he would present himself as a little cog in the machine and put all the blame on others, subordinates as well as superiors. And most frequently he would plead Befehlsnotstand ‘orders from above.’”

This film is not for those looking for action, high drama, or familiar stars. Look to “Operation Finale” or “Eichmann” for those. Incidentally – both of those films have lower IMDB ratings than “Orders from Above.”