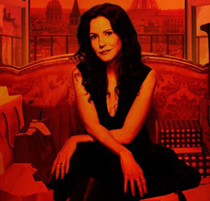 Replacing Robert Schwentke (“Flightplan,” “The Time Traveler’s Wife”) whom helmed 2010’s “RED” with Dean Parisot (“Galaxy Quest,” “Fun with Dick and Jane”) as director for the sequel started off the process of making “RED 2” a different type of film from the start.

The success of the 2010 film almost all but guaranteed we would get a sequel, and with all the original cast members back, plus a flurry of new characters to explore, we are going on an adventure to see whether these retirees can once again save the day.

Frank Moses (Bruce Willis), a former CIA black ops agent, has been enjoying his retirement and the calm life with his girlfriend Sarah (Mary-Louise Parker). But when he finds out Interpol is searching for him, Frank is pushed back into action once again to clear his name and save those he cares about. Frank takes his eccentrically-crazy friend Marvin Boggs (John Malkovich) and Sarah off on a mission to track down a hidden Cold-War nuclear weapon and its designer, Dr. Edward Bailey (Anthony Hopkins), before it falls into the wrong hands and causes a holocaust of devastation.

Trekking across London, Paris and all the way back to the U.S.A., they must evade the world’s best contract killer, Han (Byung-hun Lee), who has been sent to kill them, as well as old friend and ex-MI6 spy Victoria (Helen Mirren), who has been told by her government that she needs to kill Frank Moses. Things get even more tense when Frank’s ex-flame, KGB agent Miranda (Catherine Zeta-Jones), joins the search for the doomsday device. With the odds stacked against them once again, these experienced agents will prove why they were dubbed R.E.D. (Retired and Extremely Dangerous) in the first place.

I was a fan of the first film. I loved the unconventional action by these veteran actors and the thought of those further along in years kicking all their younger opponents’ butts. If there is one thing I have learned from “RED” or even “Taken” is that it’s best not to discount the silver-haired action stars and their ability to really entertain and deliver a good time. I went into “RED 2” with that in mind and while I was prepared for more of the same — an action movie with some quirky comedy — what I got was a comedy with just a few watered-down action sequences, a paper-thin plot and actors who seemed to be phoning it in most of the movie. 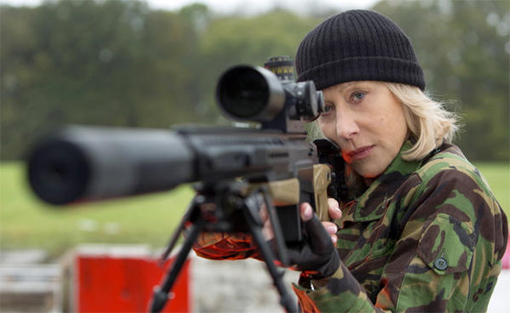 Helen Mirren and John Malkovich were two of my favorite characters in the previous movie, but it seems as though they have diluted what made them special and stand out to where they aren’t even as likeable anymore. To further add to the problem, the addition of so many new characters gives our stars even less screen time. The movie is more of a series of scenes than a full-fledged story worthy of the big screen. I was saddened that the movie did not hold its own and had me wishing I had re-watched “RED’ instead.

Yes, there are a few redeeming qualities to the film and it isn’t all bad, but this movie feels like its budget was lowered, and instead of giving adequate time for character or story development, they gave each of our main characters less to do and added more side characters to make up the full running time of one hour and 56 minutes. The aspect of the film I liked was the comedy by returning cast member John Malkovich and also by newcomer Anthony Hopkins, whose crazy scientist Dr. Bailey gives Malkovich’s Marvin a run for his money in the kooky department.

I also loved a few of Helen Mirren’s scenes — one action and one comedic — where she once again proved to be an amazing actress. The chemistry between Bruce Willis and Mary Louise-Parker was there again, and I found her character to be much less distracting and annoying this time around. She traded in her constantly screaming in terror for a more adequate part of the entourage of spies and even got to fire a gun herself this time around.

I believe the film’s major faults are a mixture of sloppy writing, an obviously rushed filming process and maybe even a lack of enthusiasm on some of the stars parts to make this sequel one to forget. It could also have to do with the fact that “RED” had the graphic novel to rely on for some of the dialogue and jokes and trying to come up with something creative on their own left writers Jon and Erich Hober uninspired. It is because of all of these reasons and more that I don’t recommend fans of “RED” rush out to see the sequel. Wait to rent it in the future at home instead of shelling out major bucks to see it on the big screen. 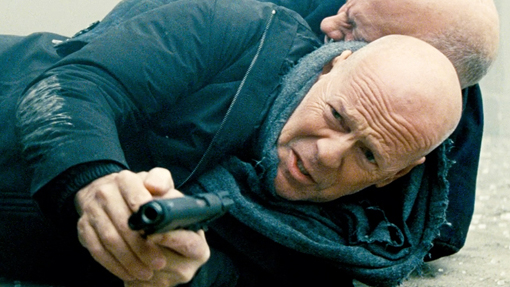 “RED 2” is in theaters now. It is rated PG-13 for action and violence, language and drug content. The film also stars Brian Cox, David Thewlis, Neal McDonough and Tim Pigott-Smith.