Review: Rocks in My Pockets

In “Rocks in my Pockets,” writer/director/animator Signe Baumane investigates a familial trail of five suicides and her own dark challenge. Coincidentally, as soon as I finished watching this film, a respected friend messaged me that his Nepali colleague, with a wife two months pregnant, had just hung himself. Why? 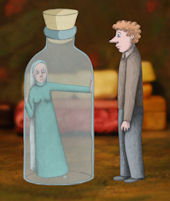 There are around 38,000 suicides in America each year. In the 15 to 29 age group, suicide is the global leading cause of death. As a matter of fact, there are 2,880 suicides in the world each hour.

Baumane is tackling this important world concern in a one-woman animated feature film. She begins with a Sisyphean character pushing a rock up a mountain that will only roll down, needing to be eternally pushed back up again. The next vignette features her grandmother who is trying to drown herself in the river – she needs rocks to hold herself down.

In an interview, Baumane has said that the rocks are a metaphor for the symptoms of depression. For her, the most destructive “rocks” are dread, pain, obsessive thoughts, confusion, guilt, and self-destructive behavior. She carries these rocks in her psyche where they obscure and depress happiness and a sense of well-being.

Baumane grew up in Latvia and her film takes us through its history from the early 1900s, through Czarist Russia, successive attempts at Latvian autonomy, and economic instability. The evolution of medical treatment for suicidal ideation is described as each successive character seeks help.

Baumane, courageously and perhaps therapeutically, reveals her family’s history and her own life to the public. Her film, already a winner of two awards, helps the viewer, who can fix a dark mood with a double Starbucks espresso, understand the sometimes inexplicable factors leading to suicide.

Bauman identifies her film as one of mystery and redemption. There is no stigmatizing or shaming – and no sense that the condition is pre-determined to end badly. We understand and we see pathways to light.

“The film is packed with visual metaphors, surreal images and my twisted sense of humor,” Bauman writes. “It is an animated tale full of art, women, strange daring stories, Latvian accents, history, nature, adventure and more.”

The bottom line is that this film is not only a great work of visual and verbal art, but also a remarkably honest portrait of five women and their emotional oppression. 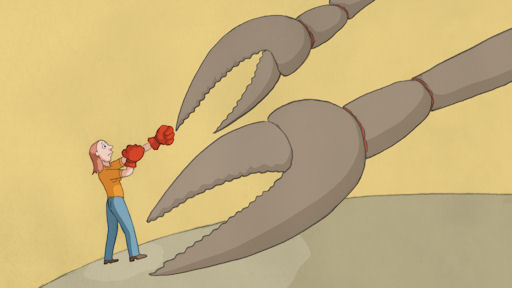