To 99 percent of Americans, Afghanistan is a battlefield. It is a place of misery and horrendously bad memories for hundreds of thousands of US service members and their loved ones. The number of Afghan casualties is at least double that of the Americans, not even including the armies of refugees who live their lives with barely a hut over their heads.

In America, the country is known for almost nothing except as being, by far, the one place in the world that Americans are most glad to be out of. The great thing about this sweet and heartfelt documentary is that it proves, beyond any doubt, that even if it is officially the most dangerous place on the planet, there are people in the country who are living normal lives.

These people have jobs to which they go every day. They earn decent livings and they compete internationally for business and win their share. They have hopes and dreams just like people all over the world.

Best of all, they have TV.

OK, they cannot necessarily tune in to Justin Bieber whenever they want. But they have their own comedies, news, soap operas and, yes, reality TV. They have television with a large and growing range of intelligent, informative, trashy and entertaining programming, just like America. The TOLO TV Network, as it is called, employs men and women of many different creeds and cultures. It is diverse, sophisticated and puts professional communication ahead of political rhetoric.

This intriguing documentary brings the viewer into the editing rooms, the executive suites (such as they are) and the streets of Afghanistan, where news and entertainment happens daily and is transmitted into Afghani homes. In some cases, it is not transmitted into homes at all, but to battery operated TVs set up in dusty village centers where a dozen people crouch around, entranced by the miracle of moving pictures and take care not to trip over the cable connecting the car battery to the beat-up squawk box.

This is the story of Afghanistan’s first independent television network. Afghan Saad Mohseni and his family founded the network in Kabul when he returned to his native Afghanistan in 2002. The company employs some eight hundred persons. It provides many of them, women and people of diverse religions, with productive, professional employment that they would otherwise be denied.

This is the crux of this film, the delicate balance and tenuous nature of such a profoundly western enterprise in a country that is teetering on the edge of radical Islamic rule. If things go wrong, many TOLO people could be doing prison time instead of prime time. 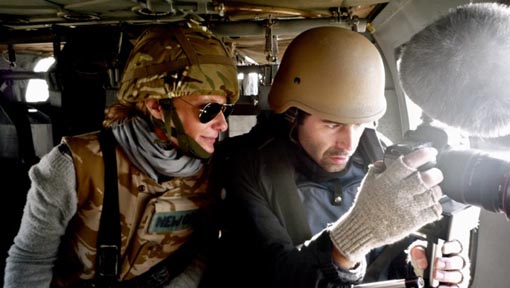 Mohseni is well aware of this. He and his brothers returned to Afghanistan after the fall of the Taliban government in 2001 so they know what will happen if the Taliban gain power again. This is both a fear and an inspiration, since TOLO and its related communication businesses (print, media, talent management, to name a few) offer a decidedly western way of life and would be the first businesses to be burnt to the ground if Taliban extremists get their way.

Not only that, but the firm faces another devil. As the station becomes more and more famous, and its staff more and more skilled, there are irresistible temptations for its employees in other countries. Due to the nature of the business and the power of Mr. Mohseni, many in TOLO receive privileged travel status and hard to get visas. These travel opportunities are accompanied by an inevitable percentage of overseas travelers who never come back, staying in their adopted countries where they can earn many times more and dream dreams that have every chance of coming true.

The Mohseni family is hard pressed to criticize these people, since he and his family left the country during the rule of Taliban and came back only after the bloodshed subsided. Having been born in England and worked in very highly paid, highly connected international business sectors, Saad knows the temptations all too well.

In spite of these pressures and temptations, TOLO offers a lifestyle that is more real than any reality show. On the one hand, there is the war, the death and the suicide bombings. On the other hand, there is the spirited, light hearted and sometimes just plain goofy entertainment that provides the most viable, if temporary, escape from the grinding poverty and fear that the average Afghan can enjoy.

Mohseni is a businessman and he is in business to make money. However, he genuinely seems to care about this business and the vision and promise that it offers the extended family that makes up modern Afghan communications. Devil or angel? See “The Network” and judge for yourself. 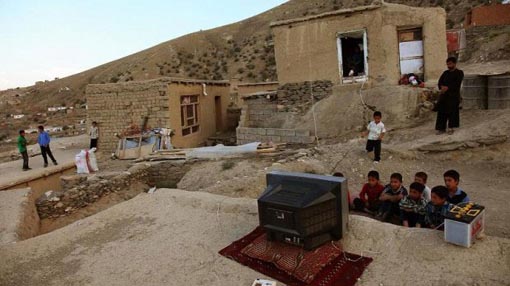