Following up his Oscar powerhouse “Birdman” with this rough and ready thriller seems like a non sequitur for director Alejandro Gonzalez Iñárritu. The film has been in the works for about 15 years and the project had already burned through at least two directors and two leads. How it ended up in the director’s wheelhouse is anybody’s guess. How Leonardo DiCaprio ended up playing frontiersman Hugh Glass is a mystery that may never be solved. 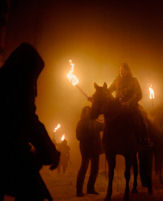 Director Iñárritu co-wrote the screenplay with Mark L. Smith, based in part on the novel by Michael Punke. DiCaprio plays legendary explorer and fur trapper Hugh Glass, who is leading a commercial trapping expedition into Native American controlled territory in what is now Montana and North Dakota. The date is 1823 and the NAs are firmly in control. The white men are outgunned, outmanned and out-knowledged in the frozen tundra of the northland.

Glass is the only hope of the quasi-military expedition led by city boy Captain Andrew Henry (Domhnall Gleeson). After a violent Indian ambush — imagined in excellent detail and shot in high style by Oscar winning lenser Emmanuel Lubezki (“Birdman” and “Gravity”) — Glass must get the decimated and defenseless crew back to the fort. From what we can tell, Lubezki and director Iñárritu are connected like Siamese twins in this flick. Every scene is photographed with precision and beauty.

This brings us to the bear attack. By far the most accurate depiction of a grizzly bear attack on screen, this is a terrifying, gruesome and unvarnished sequence that shows what happens when feeble mankind gets on the wrong side of nature. Glass survives by playing dead, which, unfortunately, is the last accurate detail we see in the movie. His finally killing the enraged mama bear with his knife is the first in a long string of Liver Eating Johnson wilderness jokes that make up the rest of the film.

Dunked in a freezing river for miles, swimming ashore soaking wet and starting a fire is a good one. The best is probably riding the horse off the cliff and surviving by gutting the horse and climbing inside for the night. If you have always wanted to see Hollywood’s version of horse entrails, this is your chance.

As the movie proceeds into “Adventures of Baron Munchausen” meets “Dirty Harry,” territory, Glass pursues arch scumbag John Fitzgerald (played to the hilt by Tom Hardy) for the final showdown. Fitzgerald complains like a schoolboy after the opening scene attack, blames all Native Americans for his own inflamed, vicious, fecklessness and finally ends up killing Glass’ NA son.

The chase is on. The only problem is that Glass is ripped to shreds by the bear. No problem, add a little organic medicine, raw bison meat and the occasional dip in a freezing river and he is on the mend, writhing his way across the frozen tundra. After a couple hours of covering the grunting alphabet from A to Z, he is back at the fort uttering his first complete sentences and ready to mount up for the final chase.

Will Poulter does a great job playing a young Jim Bridger, a man whose legend would overshadow that of Hugh Glass. First-rate cinematography and direction make this a riveting film for its entire two and a-half hour run time, despite the silly Paul Bunyonesque story. At least there were no car chases. 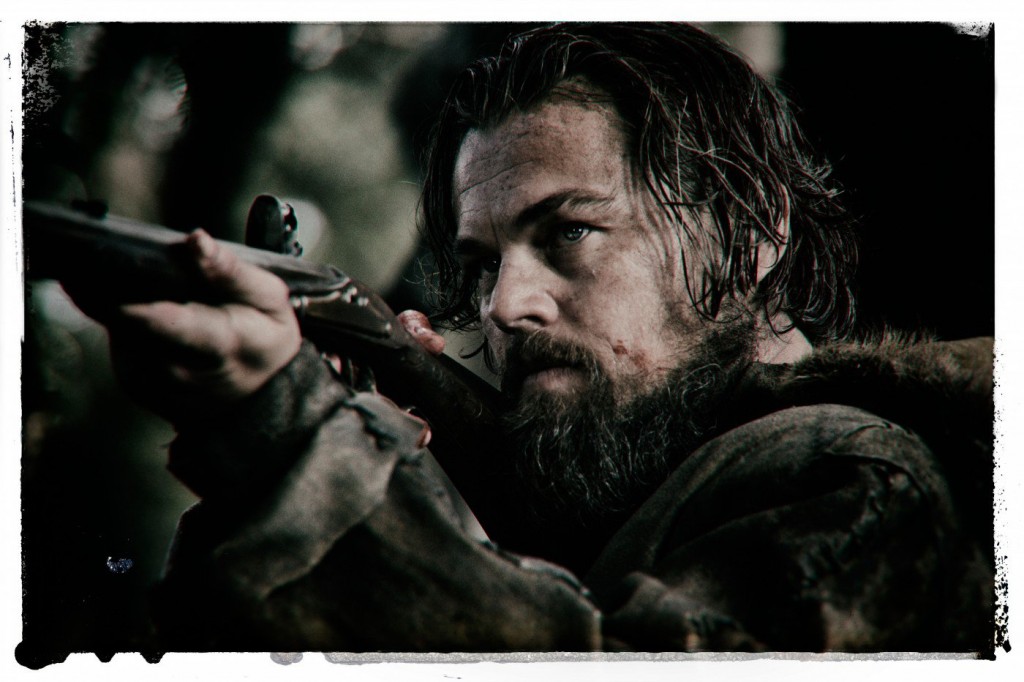