“Vice” leads the Golden Globes with six nominations for great writing, directing and acting. But is it honest, do we learn anything new and is it worth seeing? 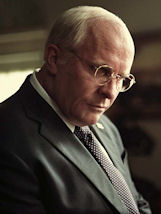 During the Bush II eight-year presidency, Dick Cheney was characterized by the media as a grim vice-president who was the power behind the president, increasing executive authority and leading us into a war the nation protested. Prefaced with a screen statement that everything in the film is true, Adam McKay (writer/director/producer) relieves the burrowing darkness of Cheney’s personality through quirky scenes. One imaginary sequence has his heart donor speaking beyond the grave upon learning Cheney is his beneficiary.

The impersonations of Condi Rice (LisaGay Hamilton), Donald Rumsfeld (Steve Carell) and Cheney (Christian Bale) are uncanny. Just in her facial expressions and limited dialogue, you sense Rice is not on board with Cheney being in charge during the September 11, 2001, World Trade Center attack. When asked for permission for a rescue plan, like using helicopters, for those stuck in the buildings, Cheney, without consultation, says no. Condi is shocked and sputters out a protest, but Cheney remains grim, in charge, and intimidating as he is surrounded by his own men, including his lawyer.

Power plays the starring role, whether it’s Lynne Cheney’s mandates to her husband or the weapons disguised as fishhooks in the credits. Dick Cheney and power are interchangeable in the Bush II administration. He expedites the theory of absolute executive authority for the president, also called the unitary executive theory. Whatever the president does, because he’s the president, should be legal. This is the power of kings and the ideology that directly led to the Patriot Act and put Edward Snowden in exile.

Like the double-entendre title, “Vice,” this film works to reveal the moral depravity and corruption of not only the vice-president, but that of a cadre of conservatives ironically working to centralize power rather than respect states’ rights. I assume painstaking research was involved in McKay’s script and courageous commitment by the production team that includes notables like Brad Pitt, Steve Carell and McKay. However, it might be criticized for not being as honest as it purports because it is such a one-sided damning portrayal.

Oh, an effort is pushed in some family scenes to humanize the man, but basically, this film slams the white conservative branch of the Republican party that lifted Cheney to power in the first place and built the bridge for acceptance of the current presidential fiasco and ideological rupture.

No, I didn’t like this film. There is no inspiration, redeeming humanity or positive service. NONE. It’s as dark as it gets. I didn’t learn much either. We already know about the gifts of war to Haliburton, Cheney’s past company, the incompetence of Rumsfeld and the strengthening of executive power through the Patriot Act where freedom and privacy are the first casualties.

But Hollywood is taking a stand, and the Golden Globes has nominated, albeit strangely, “Vice” for best Best Motion Picture for Musical or Comedy. A category and nomination for docu-drama would have been more accurate. Christian Bale is deservedly up for Best Actor as are Amy Adams (as Lynn Cheney) and Sam Rockwell for Best Supporting Actress and Actor in all the early award nomination announcements. Adam McKay is also up for best screenwriter and director.

The bottom line is that McKay and his crew have presented a fine effort to tell the truth. But the lack of a serious effort to give other perspectives actually handicaps a potential strength. There are moments when we hear Cheney’s reasons for stronger presidential power and invading Iraq, but they are limited. That critique given, it is still a film all Americans should see. 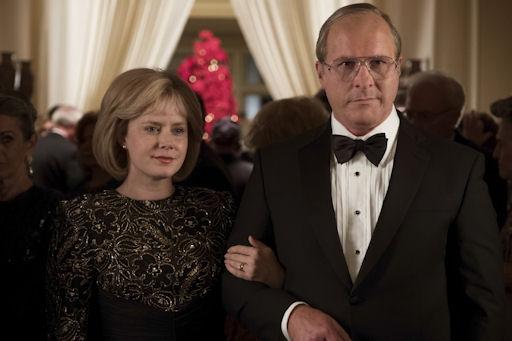