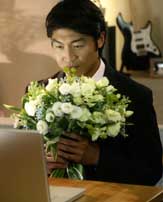 One of the first, if not the first, Korean-American romantic comedy to open in the USA, “Wedding Palace” is home grown and foreign at the same time. Backed by the Los Angeles Korean-American community, the film is American, with a few Korean curses thrown in. It is certainly about Korean culture, but it is more about generational gaps that are amplified when families emigrate and children are exposed to completely new rules and completely new dogmas.

Jason’s (Brian Tee — “The Fast & The Furious 3: Tokyo Drift,” “Crash” TV series) family knows a deep dark secret they dare not tell. Long ago — in the distant, but unfortunately not forgotten, past — one of Jason’s ancestors abandoned a fiancé at the last minute. As a result, the alpha-mother in the offended family put a curse on Jason’s family for all time. Well, you know the rest. Whenever the unlucky Jason tries to get hitched, something always seems to get in the way. Like the bride running off with the cake decorator.

Although the old cake decorator tragedy might not be something exactly out of William Shakespeare, it is still pretty funny in the context of this film. The movie is acted by a very funny cast. If the actors are not exactly virtuosos of the profession, they know how to be over the top. On top of that, they seem to be having a good time and genuinely enjoying the monumental laughs that can be had by simply making a bit of fun at ourselves and our own weird beliefs.

Repeating the fight for marriage that has presumably followed the family for generations (How did they pro-create? Oh, never mind…), Jason cannot recover from the blow dealt to him by the cake decorator and that alpha-mom from so long ago. Will he be forced to live his life under this strange spell? His new Internet amour Na Young (Hye-jeong Kang — “Old Boy,” Cannes Grand Jury Prize Winner, “Welcome to Dongmakgol”) seems to be his true love. But because she lives in Seoul and they are conducting all of their courting via the Internet, it is hard to tell some things. Will she prove to be the woman to break the curse? Is she really only three feet 3 inches tall?

These are the kind of probing questions romantic comedies have been asking since the dawn of the silver screen. If you are looking for substance, go check out “Rashomon” at your local library. If you want to see how the Greeks do it, stream “MBF Greek Wedding,” if you have not seen it a hundred times before. But if you want a film that is not afraid to be itself, takes a few hits on the funny bone on behalf of its own culture and dares you to sit through it with a straight face, see this movie. 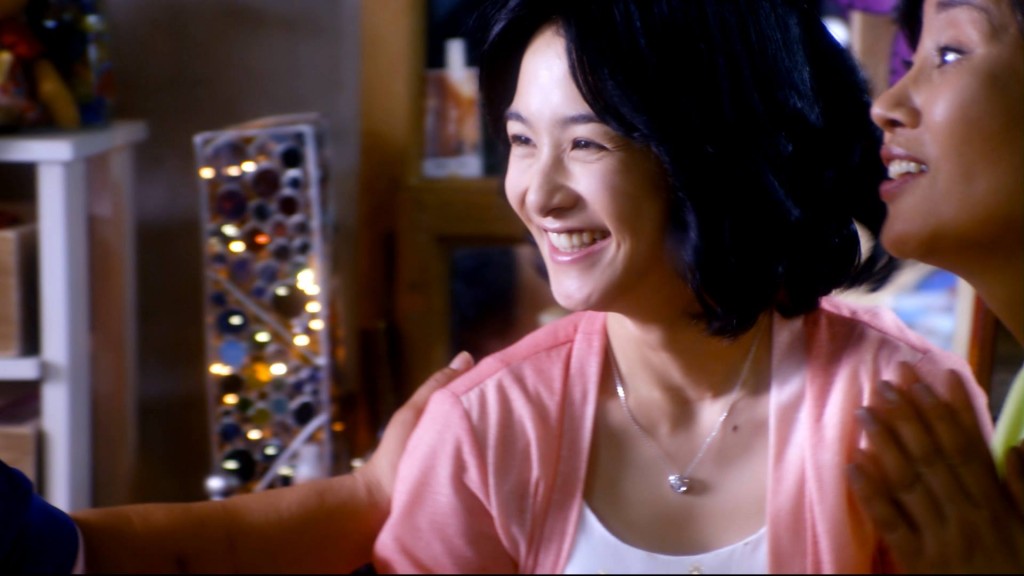 Most of the viewing audience has probably had blind dates that did not work out. Internet dating promised to fix, at lease, the physical part of that with posted pictures. But do those pictures convey everything physical about your next date? Obviously not. So while we are insulting one culture, why not take a few cheap shots at short people, as well. They deserve it as much as anybody. Well, maybe not as much as Wall Street. But they deserve it, nonetheless. Randy Newman knew it.

When his love affair, which is deeply held and fondly cultivated, turns out to be the entrance to the never ending curse castle, Jason has to cover up something about his bride to be that is impossible to cover up. The results channel most of the pratfalls and idiotic half-baked schemes we saw in every whacko comedy from “I Love Lucy” to “The Coyote and Road Runner.”

In the end the film ends with the culmination of the curse and tragedy beyond all comprehension.

Ha, ha, just kidding. I had you going there for a minute. No, actually, the film ends with the killing of the curse by (what else) true love that conquers all obstacles, a passionate kiss and black ink on the bottom line. This flick will make box office cash registers ring from Seoul to Sweden.

Check it out, or be cursed.