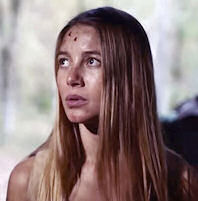 Six young hikers head off into one of the most impenetrable wilderness areas in the USA with bookbags and floppy cotton clothing. Although properly dressed for a game of beach volleyball the viewer just knows something is going to go wrong. Giddy with prospects of brighter futures and in love with each other, although more so with themselves, they are young and can never lose. Until they make a small mistake by accidentally smashing a person’s head into cat food.

Forget the freeze dried steaks, did anybody bring a body bag?

Fast forward to the heart of the plot of the latest “Cabin in the Woods” remake. They are not in the clutches of Jason the psychotic chain saw ax murdering witch worshipper. Even worse, they have been adopted by a secessionist cult of disenfranchised taxidermists with a thing for animal skins. Timed perfectly to coincide with the Capitol takeover by skin clad born-again-Vikings, these nature lovers have created a society of their own. Election recounts are not the issue.

Director Mike P. Nelson and writer Alan B. McElroy pivot with a couple nice twists on the usual inbred country vs. hip city horror flick. That they come too late to save this mash-up is a consequence of over-reliance on the tried and true last girl standing trope. When the drooling towny rednecks tell the wonderfully dim youngsters to leave and never come back, they are not doing it to hide a terrible town secret saturated with bloody communal guilt. They are doing so they will have more beer for themselves.

Just kidding. They are doing it to save the lives of the campers because the slavering unshaven townies are in the same pickle as the vacuous bourgeoisie trekkers. Go figure, country and city on the same side. That is the high point of the movie. The cardboard cutouts of cult personalities are as thin as the campers themselves and the ending, nicely paced terror that it is, could be easily missed by those wanting a popcorn refill or another beer to get through the end credits. Do not miss the coda.

Humor creeps in like a thief in the night when, after a really loud storm complete with cracks of thunder, lightning that would bring Frankenstein back to life and five firehoses worth of rain, the group wakes to find they have camped in a graveyard. Lucky for them that six person tent with sleeping bags materialized out of nowhere to provide some relief from those bumpy chunks of granite. The Boy Scouts always said never to wait until darkness during a hurricane to make camp lest you pound your tent stakes into somebody’s sarcophagus.

Speaking of stakes, nice work by special effects and stunt crews. Nothing brings home the evil side of woodcraft better than rough hewn tree shards protruding from the torso of the prom queen. No Yale scholarship for her. The chain snare dragging the panicked scion to his horrific demise under a mound of Astroturf shows not everyone on the crew cut physics.

In the end a strong family note is injected in the form of father-daughter bonding. We can, all of us, bridge gaps in culture and generation through teamwork and understanding. Where did Pop learn to throw a hatchet like that? 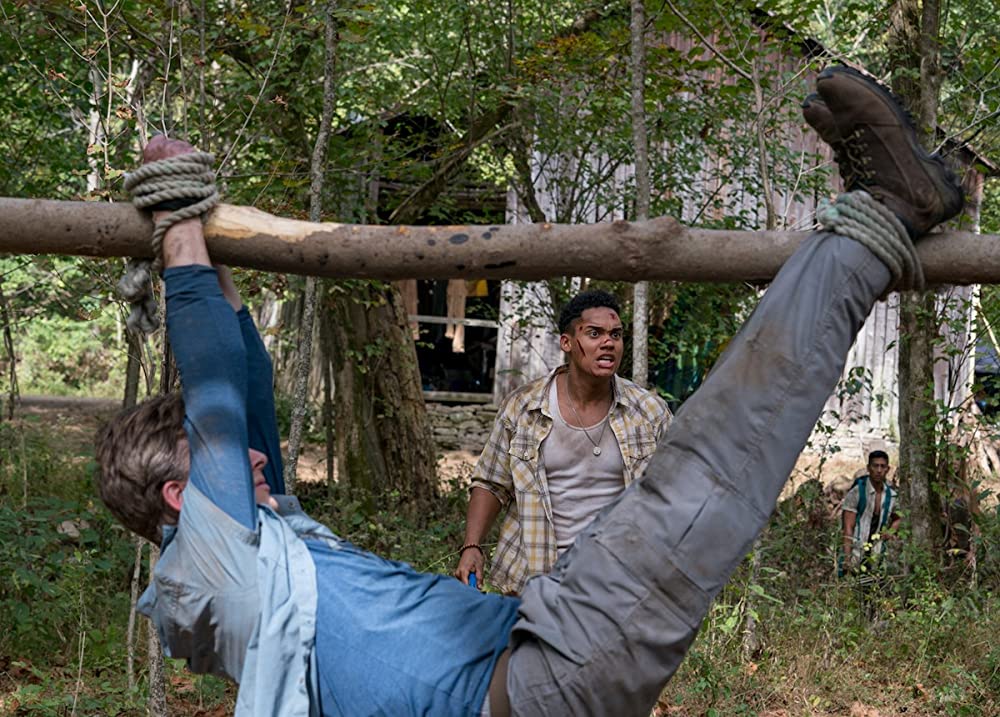