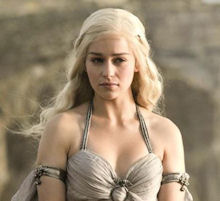 A few days ago, the sixth season of the series “Game of Thrones,” one of the biggest TV hits of recent years was released.

Based on the series of novels “A Song of Ice and Fire” by writer and screenwriter George RR Martin, the series has revolutionised the genre of fantasy-fiction worldwide. In it, we see breath-taking scenery, moments of intrigue, violence and sex, colourful characters that perplex and please in equal measure.

The world of “Game of Thrones” has inspired generations of writers and actors to take up their profession; it has launched video games, a plethora of merchandise and even a “Game of Thrones” slot, but what is the secret of its success?

• Primary Instincts
The series not only explores ethical, existential and political dilemmas, but also incorporates more mundane aspects. There is sex and nudity, blood and violence, surprising moments and twists and turns that attract attention of the public who may not initially have thought that a series based on fantastic stories of old would be like.

• Unpredictability
There are main characters that die, psychopaths that get away with crimes, weddings are not as you would expect and the villains are sometimes sympathised with as the story progresses. In short, the history and development is impossible to anticipate (unless someone has read the books before).

• Blurred Boundaries
The characters that seem “good” often make terrible mistakes. For example, both Eddard Stark and Catelyn with all their good intentions, end up performing very poorly in the political arena, which ended in negative consequences for them and for many of their loved ones. 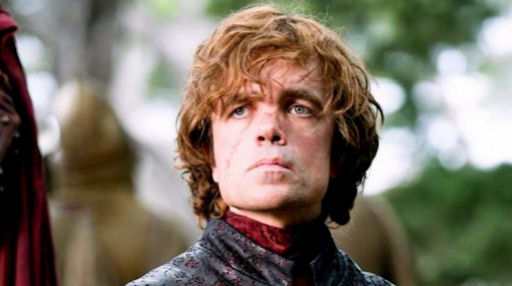 With his combined intelligence, wit, sarcasm and hatred, Lannister is one of the most beloved characters in the series. It is not the first time they have made us suffer thinking that the end of his days had approached, but the truth is that many fans see him sitting on the Iron Throne.

2. Arya Stark
She knows little to fend for herself, yet her desire for revenge gives us huge satisfaction. Arya Stark has faced the hard knocks in life and has strengthened as a person, but more importantly, if she can survive the next season, she will surely be transformed into a highly skilled warrior. Since the death of her father, the honourable Eddard Stark, she has gone from one guardian to another and learned from them to be the best student.

3. Daenerys Targaryen
Khaleesi and the Mother of Dragons appears to hope to save the seven kingdoms. She is a champion of justice and the abolition of slavery and with this, Daenerys has demonstrated her strength and firmness as a candidate to sit on the Iron Throne.

The bastard Stark has been many people’s favourite character. His courage and desire for unification of a common goal, kindness and empathy led cruelly to the tragic end of the fifth season.

5. Eddard Stark
We started with Stark. With his death, we felt for the first time that this series could regularly produce tragic twists without mercy. Nedd Stark personified justice and was a favourite character from the first season of Game of Thrones for many.