A Trio of Images from the Set of ‘The Hobbit’

Entertainment Weekly has released three preview images straight from the set of “The Hobbit.”

The second image shows us Ian McKellan back reprising his “The Lord of the Rings” role of Gandalf. Gandalf is shown here lounging on a tree and he seems to be in deep thought. Could this be over what’s to come of Bilbo and the ring?

The third image gives us a true behind-the-scenes look as we see Martin Freeman with director Peter Jackson. They are no doubt in deep conversation over what they should order for lunch.

The film is going to be cut into two parts and part one will make its debut Dec. 14, 2012. Although still a long way away, these new images are sure to whet the appetite of all the fans anxiously awaiting for a return to the world of Middle Earth. 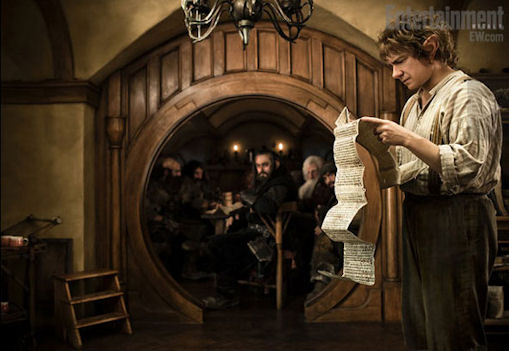 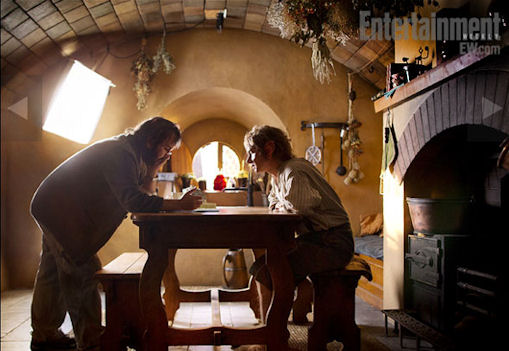