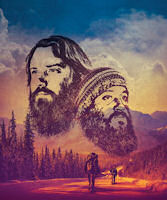 We’ve heard that post-traumatic stress disorder (PTSD) in incurable. This documentary, featured at this year’s Human Rights Watch Film Festival, puts this assumption and the very description of PTSD into question.

This outstanding doc follows two US veterans from the Iraq War. They seek to create awareness and perhaps a personal cure to their debilitating, crushing PTSD through walking 2700 miles from Milwaukee, Wisconsin, to California in 155 days. They call it The Vet Trek.

Tom and Anthony come from patriotic families. Old home movies have Tom waving a US flag as a toddler, wishing the camera Happy Memorial Day, and wearing camouflage. He is happy and innocent.

When we meet both men after serving in Iraq, we see that they have retreated from relationships and society. VA-prescribed anti-depressants are not working. They are robotic, distant and unhappy 24/7.

Statistics: Every day, 22 vets commit suicide. In Vietnam, more than 58,000 died, but within 10 years triple that number committed suicide and half a million showed up in the prison system.

On their march to California, Tom and Anthony are cheered by a man, wearing an NRA hat, who says a prayer. A yard party for them plays cheerful military marching music as they arrive and a man dressed as Abe Lincoln gives a speech. At other places on the road people line up saluting. Tom and Anthony do not respond.

At some point far on the walk, the most surprising supporter is a Native-American shaman. He is painted black and white and wears an animal’s head. He explains to the men, “There is nobody external who can heal you, no one external who can change who you are or the things you’ve experienced. It has to come from you … It’s being vulnerable … Being aware that we are all a part of the great mystery all around us.” Then he takes them to a vista point where they see miles and miles of uncorrupted, beautiful mountains, rock formations and forests.

In this business about war, Thomas Father Keeting, a renowned priest who has been counseling veterans since WWII, explains that for PTSD “we’re discovering that anti-depressants don’t always reach the depths of this pain. It’s the raw primitive feeling that I did something terribly wrong – I just don’t know whether I was justified, or whether I can be forgiven. So forgiveness emerges as a huge issue. Can this man forgive himself? The implication is can he forgive God for allowing this to happen to him?”

This meeting with Keeting and Tom is the crowning centerpiece of this exquisite, insightful, brilliant documentary directed by award-winning Michael Collins, produced by Marty Syjuco and edited by Eric Daniel Metzgar. It must be seen in churches, high schools and theaters in every city. It is that insightful and that good.

The Human Rights Watch Film Festival, June 10 to 19, 2016, features films related to the challenges of defending human rights. The festival is co-presented by the Film Society of Lincoln Center and IFC Center. Schedule and ticket info: ff.hrw.org/new-york. 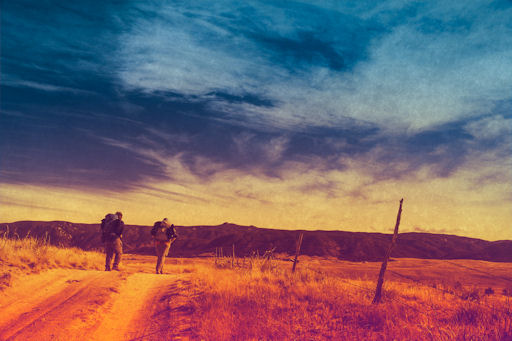